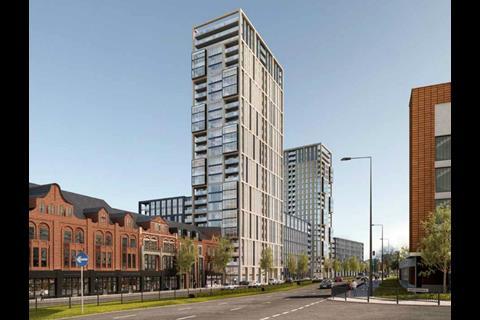 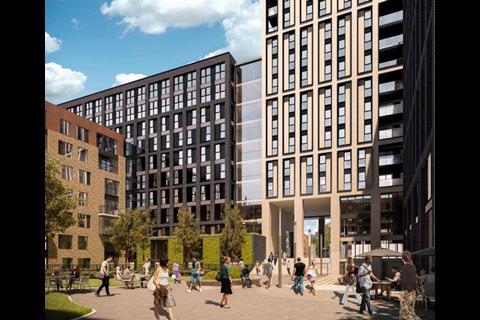 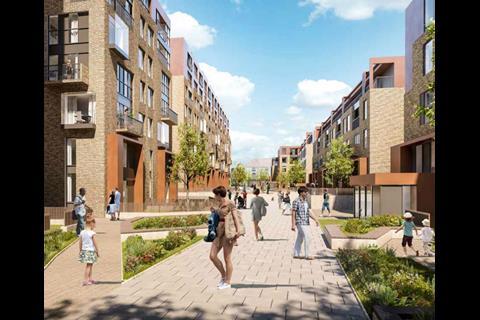 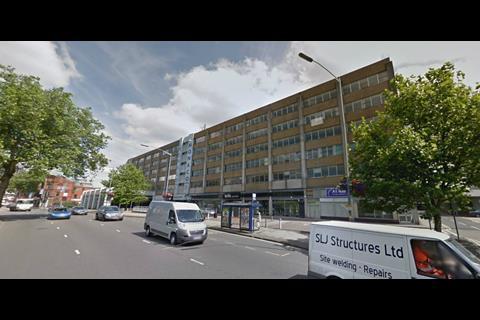 Birmingham has given the go-ahead to a huge private-rented-sector scheme designed by Leach Rhodes Walker Architects that will deliver 1,009 apartments on the edge of the city centre.

Delivered in 11 blocks – including towers of 29 and 26 storeys – the proposals cover a 2.4ha site on Bristol Road, one of the gateways to the city centre from the south. The now-cleared plot used to house a six-storey office building and car park called Monaco House.

The scheme also includes 2,218sq m of non-residential space, split between a “community hub” for residents that council planning officers said could include a gym, cinema room, function room, café and a car club and four retail units. 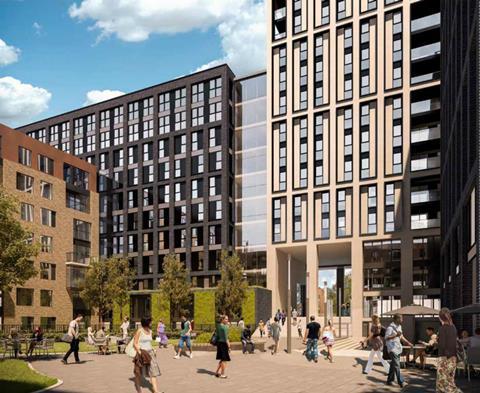 “The two towers will mark the location with a striking skyline and with their dynamic architectural facades, signpost and identify this location from the city centre,” he said.

Birmingham planning officers recommended the scheme for approval arguing that it would “provide a well-designed development and result in a high-quality brownfield development on a prominent and sustainable city centre location”.

They conceded that while New Monaco would only deliver 92 on-site affordable homes – a rate of 9.1% against the city’s target of 35% – they accepted viability data suggesting that was the maximum deliverable level.

A report to the August 16 planning committee said the 92 units would be offered at a 20% discount to local market rates.

Chris Taylor, fund manager at scheme developer MCR Property Group, said work on the £275m project was expected to start later this year for completion in 2023.

“Investment into Birmingham’s Southside area has become vital to improving the levels of high-quality housing stock in the city,” he said.