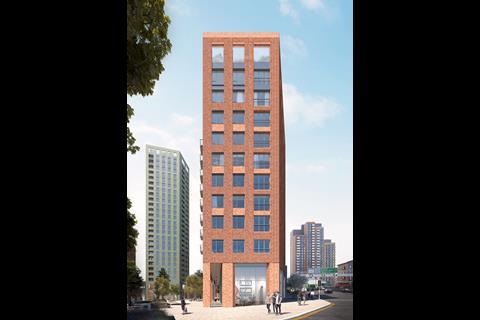 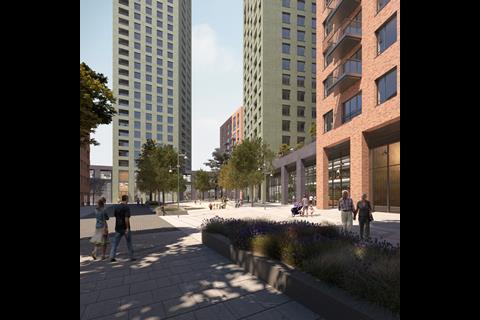 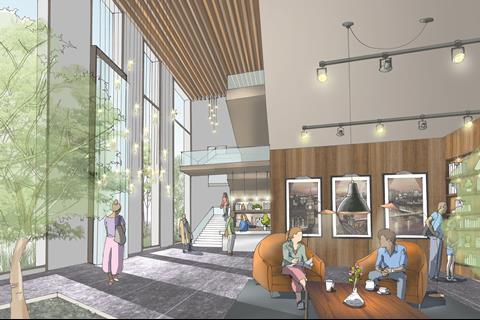 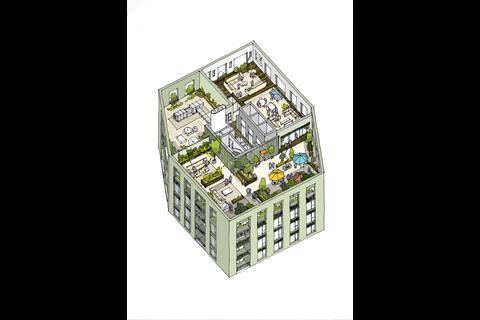 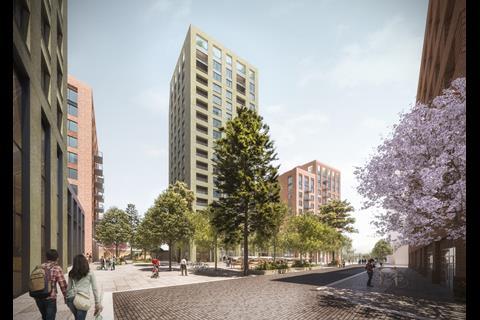 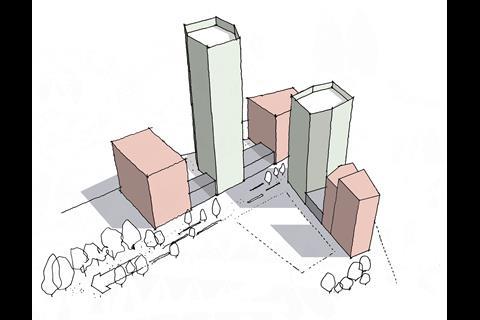 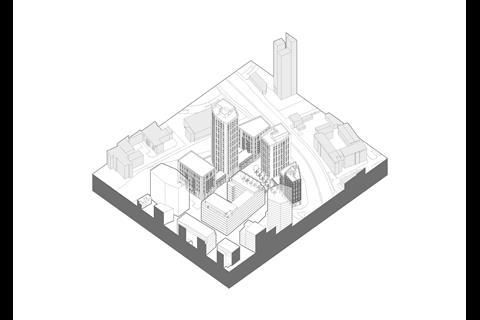 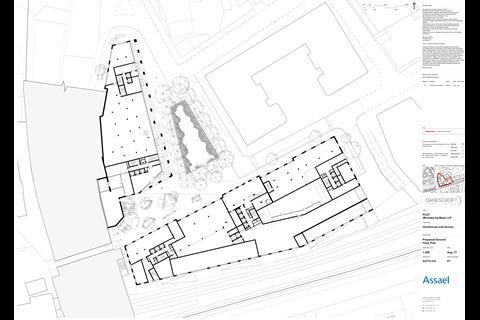 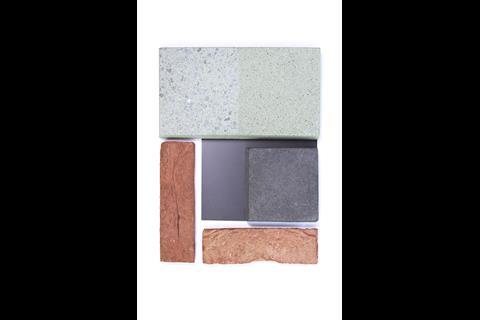 Assael has won planning for a 27-storey “build-to-rent” tower south of the Olympic Park in Bromley-by-Bow.

The resi-led mixed-use development, which also features a 17-storey block, will contain 491 flats and shared facilities including a roof garden and residents’ lounge.

Assael director Pete Ladhams described the 50,000sq m project as “one of the most significant regeneration schemes to come forward since the Olympics”.

The scheme is the first piece of the Bromley-by-Bow South masterplan and won planning within 12 months of instruction, with the quality review panel describing the design as “outstanding”.

It comes as Pitman Tozer and BPTW Architecture won planning for a neighbouring 407-home scheme.

Assael’s towers will be clad in pale green concrete panels while three lower buildings will be in red brick, reflecting the site’s previous industrial use. Subtle details of fluting in the precast panels and corbelling in the brickwork are further references to this.

The site, near the listed Three Mills Studios, is bounded by the A12 and a railway line. Efforts to mitigate these include a new road junction and measures to improve the pedestrian experience through the site from the Bromley-by-Bow underground station.

“This scheme is hugely important for east London and is one of the first developments to unlock land around the River Lea,” said Ladhams.

“We have sought to put the residents’ needs and experience at the heart of the design, offering a range of amenities alongside a generous contribution to the public realm, opening up the site to the river, transport links and neighbouring schemes.”

He said they worked closely with adjacent land owners and their design teams to realise the vision of the SPD masterplan.

The ”Olympic gateway” will contain community facilities, affordable workspace and retail units around a new square which will act as a focal point and open up the site to the River Lea, transport links and neighbouring schemes.

The developer is Danescroft Land, backed by Palmer Capital.

Work is due to start on site in June and complete in 2020.