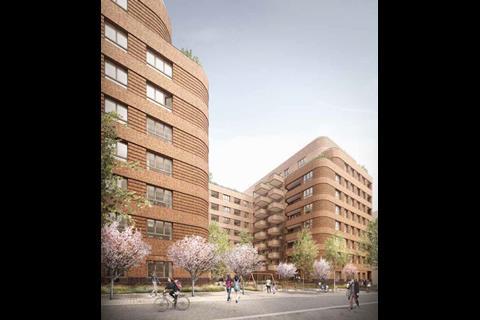 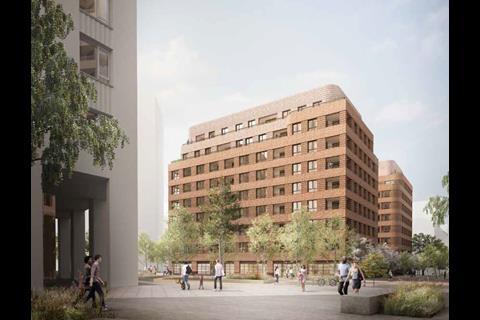 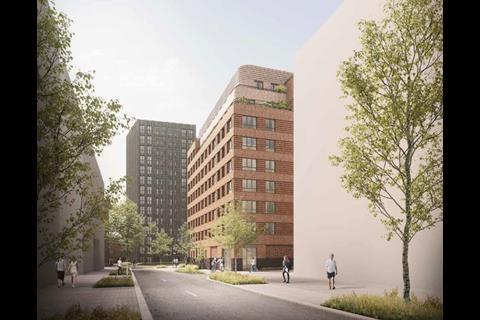 Side view of Pitman Tozer's Imperial Street courtyard mansion building, with a BPTW Architecture-designed block that is also part of the scheme in the distance 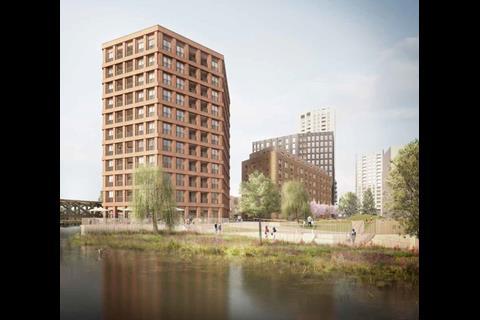 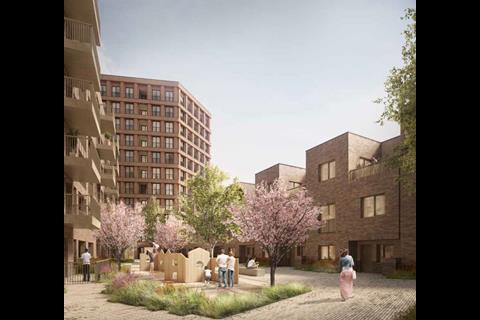 The courtyard at the centre of BTPW Architecture's Imperial Street plans, approved for construction by the London Legacy Development Corporation 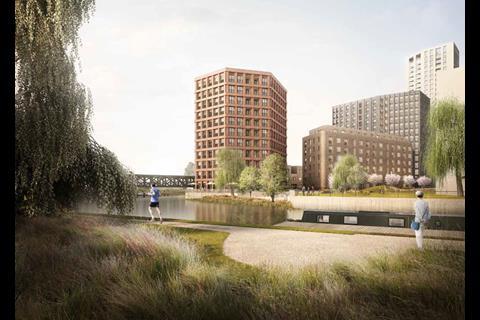 Overview of the BPTW element of plans for 407 new homes at Imperial Street in Bromley-by-Bow, east London

The eight-storey scheme, which falls within the London Legacy Development Corporation footprint, is one of five buildings earmarked for the TRAD Scaffolding site, off the A12. The remaining structures are designed by BPTW Architecture.

The courtyard mansion features distinctive curves and window-level banding and would would deliver 152 new homes around a “pocket park”, and 213sq m of retail space at ground-floor level. 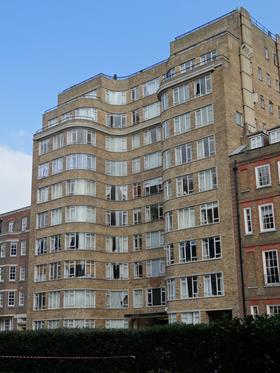 Pitman Tozer, which won a 2015 RIBA London Regional Award for its Mint Street housing development in Bethnal Green, cited Florin Court in Smithfield (pictured) and Embassy Court in Brighton among the design influences for the Bromley-by-Bow block.

Planning officers advising members of the LLDC’s planning decisions committee on the scheme said the block was “striking” and a “modern approach to the traditional mansion block typology”.

BPTW Architecture’s element of the scheme is delivered via four blocks ranging in height from three to 14 storeys. One of these would be an 11-storey building next to the River Lea. 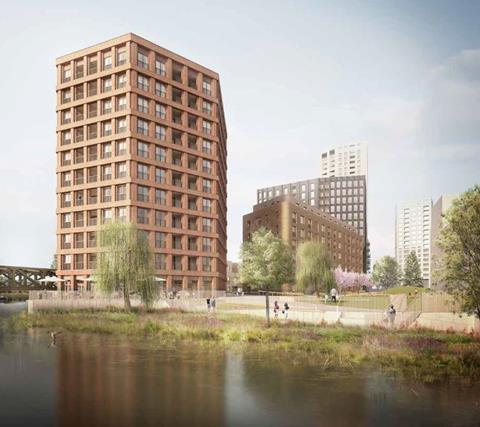 Recommending the scheme for approval, officers told committee members that its layout and massing was considered to be “largely in accordance” with the masterplan for the area and strongly praised its design.

“The quality of the architecture has been subject to rigorous examination by officers and the quality review panel who consider it to be ‘outstanding’,” they said.

“The architectural expression and selection of materials is considered to be of a very high quality, and combined with the massing is considered to respond positively and appropriately to the setting of the nearby listed buildings and conservation area at Three Mills Island.”