Profession must sell itself on evidence not ego, says RIBA presidential candidate

Architects need the equivalent of the Hippocratic oath if the profession is to earn the public’s trust – and higher fees, said one of the candidates hoping to become the next RIBA president. 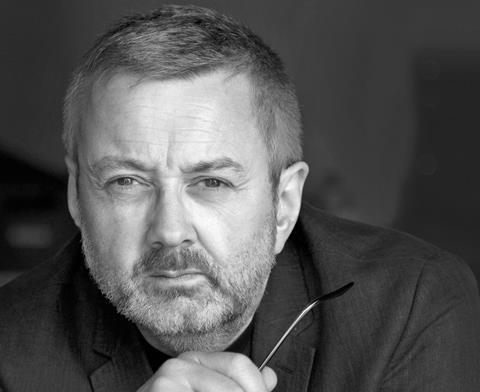 Repositioning architecture as a profession based on research, analysis and evidence is essential to being taken more seriously, said Alan Jones.

“We have to become a trusted profession in the sense that doctors and lawyers are and to do that we need to become more evidence-based, knowledge-based,” he said.

“We have to present design as a series of activities that add value and improve productivity, not as something egocentric – ‘this is what I want to do’.

“We will get further when we present design in terms of analysis and research. That’s what business, government and society are looking for – proposals based on research, data, evidence, acquired knowledge and feedback from previous projects.

“That has to come through how we educate architects. We need to help them present their value better. We need a Hippocratic oath that makes it very clear we have economic, societal, environmental responsibilities that we take really seriously.”

He acknowledged that he was not the first to suggest this and that Frank Duffy had used his presidency in the 1990s to promote some of these ideas – but that “as a profession we don’t have a very good collective memory”.

The creative industries tend to be seen as an expendable frippery, whereas architecture can promote itself as a serious evidence-based subject akin to engineering, he said.

His comments come after Charles Leon, president of the British Institute of Interior Design, told a Parliamentary design forum: “Architecture is in a really great place at the moment but not enough people think it can deliver. There’s not enough courage or trust in architects – even from councils, politicians or finance people.”