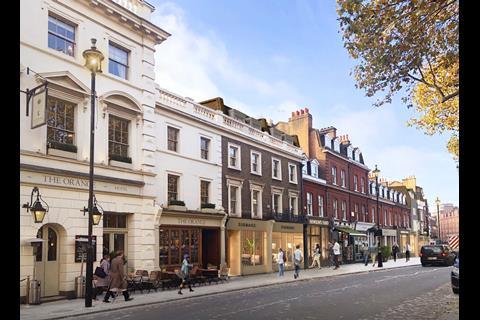 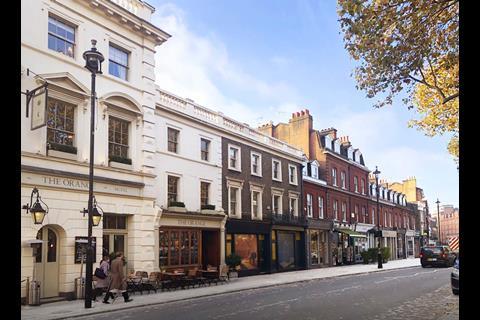 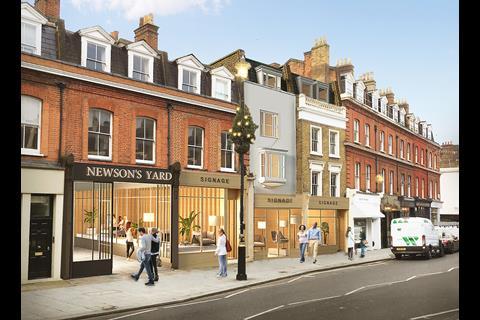 The entrance to Newson's Yard under Stiff & Trevillion Architects' proposals 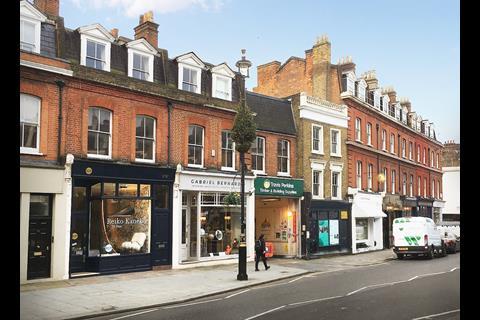 The Pimlico Road entrance to the builders' yard 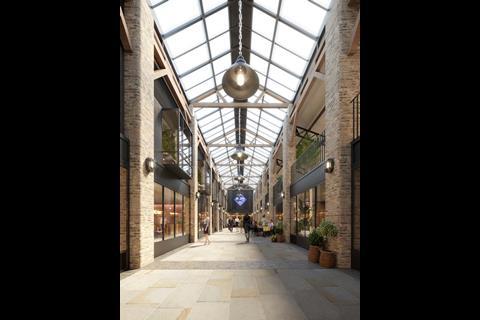 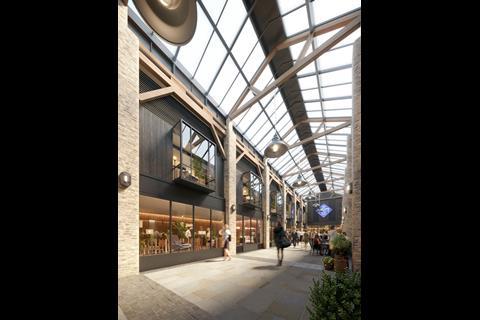 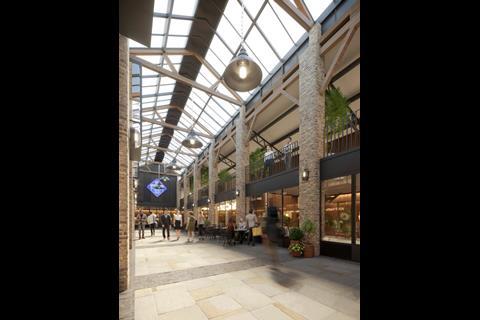 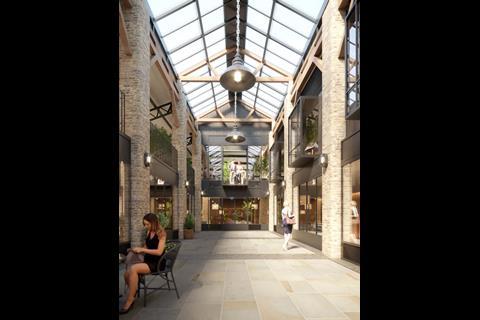 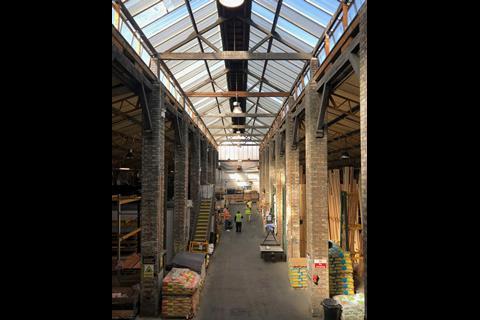 Inside Newson's Yard in Belgravia, which is currently operated by Travis Perkins. Stiff & Trevillion's proposals would see mezzanine levels introduced at the sides. 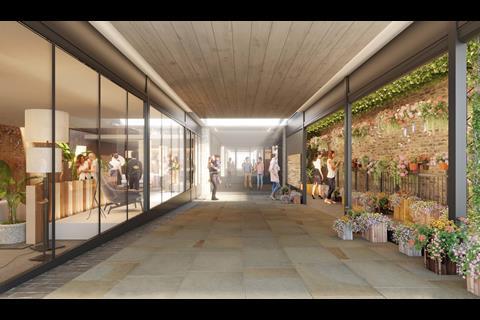 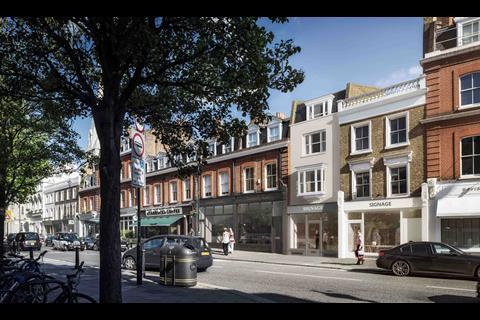 Stiff & Trevillion Architects has drawn up new proposals for the redevelopment of a historic builders’ yard hidden behind a row of antique shops on an exclusive central London street.

Westminster council approved Aukett Swanke-penned plans for the redevelopment of Newson’s Yard, on Pimlico Road, Belgravia, back in October 2016 – despite local protests backed by campaign group Save Britain’s Heritage. Protesters even took the decision to the High Court.

Aukett Swanke’s proposals would have used the space occupied by the timber yard, which has a 180-year history and is said to be England’s oldest, to deliver four large shops and five new homes. 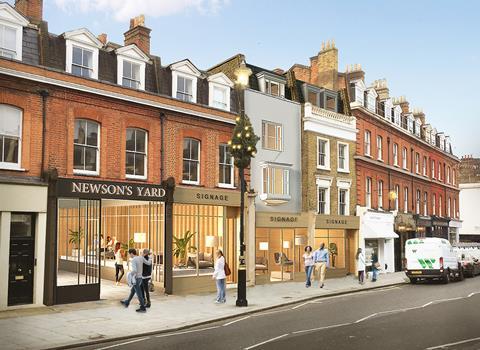 The entrance to Newson’s Yard under Stiff & Trevillion Architects’ proposals

Its plans would retain Newson’s Yard’s existing piers and roof structure but replace the glazed roof lantern and introduce new basement and mezzanine levels plus mansard extensions to three of the Pimlico Road frontages.

Stiff & Trevillion said the scheme built on previous planning applications for the site and would result in a “world-class retail space” that offered a public route through the site.

“The design focuses around retaining the dramatic central double-height space of the existing yard,” the practice said in its design and access statement. 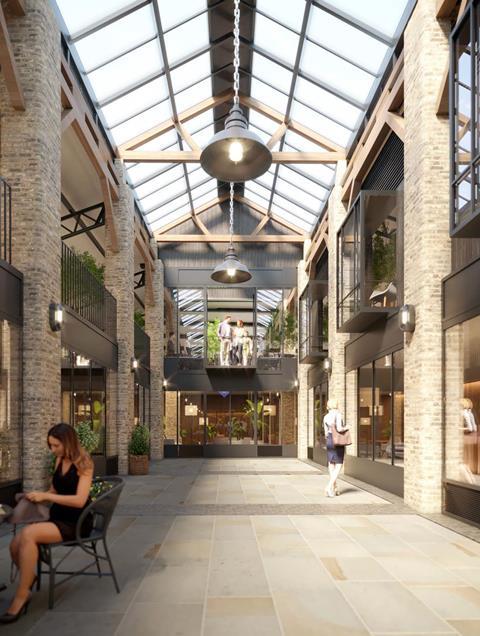 “The yard will be accessed via two gently sloping arcades through plots 45 & 57, increasing accessibility to the public.”

It said the scheme’s latest incarnation would provide improved daylight and sunlight in the public space and retail units, and that it was envisaged that the yard’s new interior space could be used for art installations and pop-up exhibitions.

Westminster council indicated it was targeting a decision on the proposals in March. 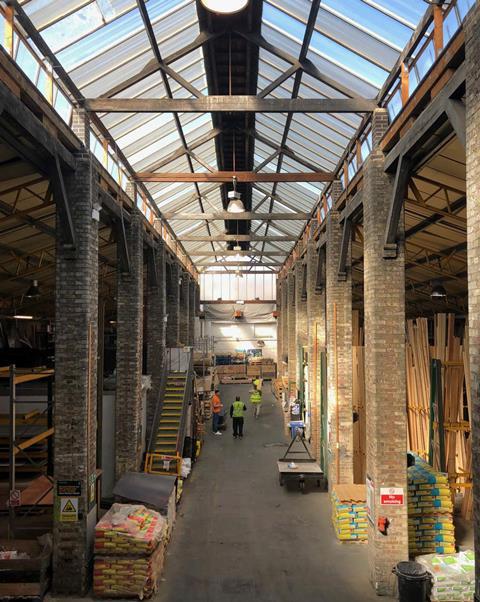 Inside Newson’s Yard in Belgravia, which is currently operated by Travis Perkins. Stiff & Trevillion’s proposals would see mezzanine levels introduced at the sides.