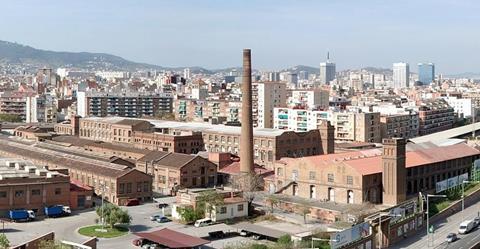 Sergison Bates has been shortlisted in an international competition to convert one of Barcelona’s last-surviving 19th-century industrial buildings into a new base for the city archives.

The architect beat off competition from big names including Zaha Hadid Architects and Rogers Stirk Harbour & Partners, as well as Kengo Kuma & Associates and Nieto Sobejano Arquitectos. It is the only non-Spanish practice on the shortlist, but is working with local practice López Rivera Arquitectos on the municipality-run contest.

The Can Batlló project will involve the restoration and repurposing of a 25,000sq m warehouse that was once part of a textile manufacturing complex in Barcelona’s Sants-Montjuïc district. After the sector collapsed in the 1960s it was partially adapted into shared offices. It is one of the few surviving large-scale industrial developments in the city and is listed as a cultural asset. 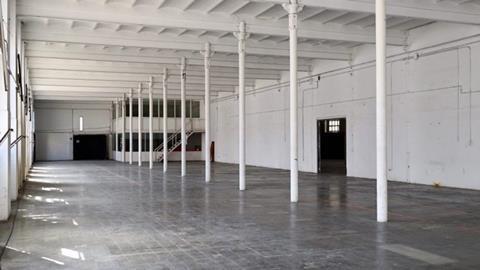 Interior of the former Can Batlló factory, Barcelona

Now it is to become house all the city’s collections of historical documents, photographs and maps that are currently scattered across 21 sites.

In addition to conservation facilities and spaces for consultation, research and education, the City Archives will provide exhibition areas and public spaces, including a number of multi-functional rooms, a 200-seat auditorium and a café.

Stephen Bates of Sergison Bates said: “We look forward to working with López Rivera on this project in a city we have a long-standing connection with, but where we have not yet worked on large-scale projects. The transformation of such a significant part of Barcelona’s industrial heritage is a unique opportunity and we are thrilled to have been shortlisted.”

The practice is also a finalist in two other heritage competitions whose winners have not yet been declared. One is for the transformation of the former Citroên car factory in Brussels into an outpost of the Pompidou Centre; the other for the creation of a Maritime Museum in Antwerp on the site of nine listed dry docks to the north of the city.