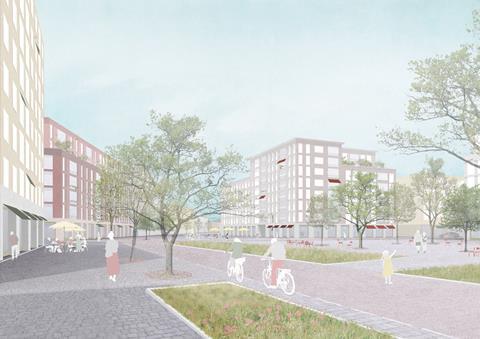 Sergison Bates Architects has won a competition to masterplan the development of the 6,000-home second phase of the Freiham district in Munich.

The practice’s proposals also deliver schools and nurseries, community and cultural facilities and new public realm for the expansion area about 15km west of the Bavarian capital’s centre.

It said the Freiham Nord plans had been inspired by the work of architect and urban planner Theodor Fischer, who led Munich’s Office of Urban Expansion from the late 1890s and was part of the German garden city movement.

Sergison Bates’ proposals lay out 17 polygonal building plots across the 57ha site, which are adjusted in shape to create variations at corners and in proximity to neighbouring plots. The plots feature a number of different building typologies ranging in height from five to eight storeys, with gaps and openings offering views or access to semi-private communal gardens. 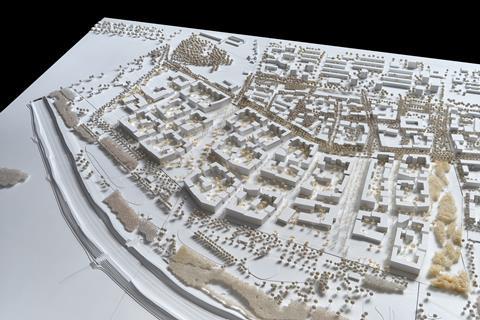 Practice founder Stephen Bates said the masterplan would deliver high-density development that minimised impervious surfaces, but which was flexible enough to evolve with local needs over the next two decades.

“Our project is inspired by the principles of a tolerant and picturesque urbanism that epitomise the best aspects of the European city,” he said.

“Having run Studio Krucker Bates for nine years at the Chair of Urbanism and Housing at TU Munich, it is a great thrill to have the opportunity to contribute to the making of a new piece of the city.”

Sergison Bates’ bid was drawn up with von Ballmoos Krucker Architekten, Hild und K Architektur and landscape architect Studio Vulkan, all of which have Munich offices. 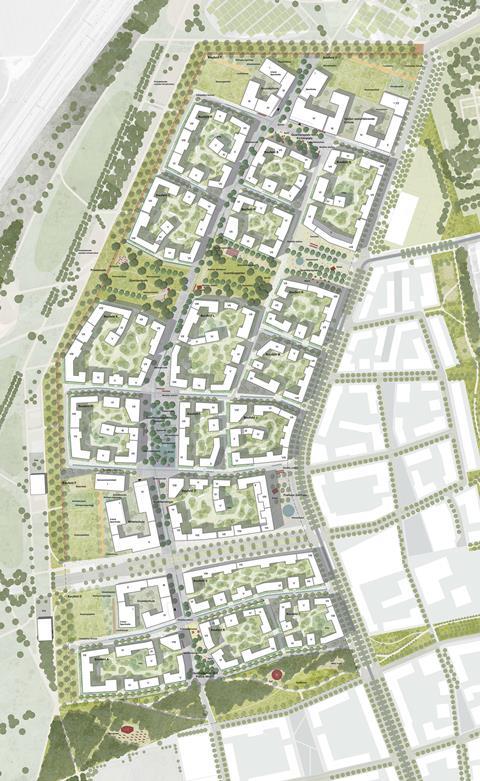