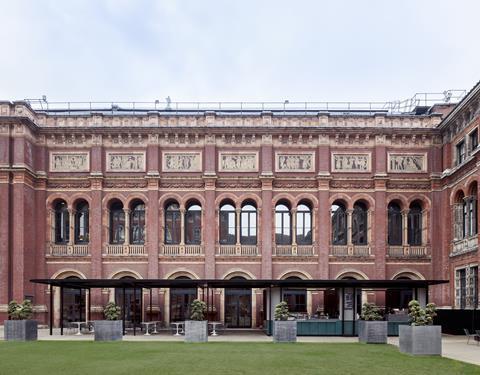 Reed Watts Architects has completed its third and largest project at the V&A: a new café in the central courtyard.

The black steel structure in the John Madejski Garden consists of a 33sq m café and a 125sq m pavilion. It is designed to be viewed in the round, from inside the museum as well as from the garden. 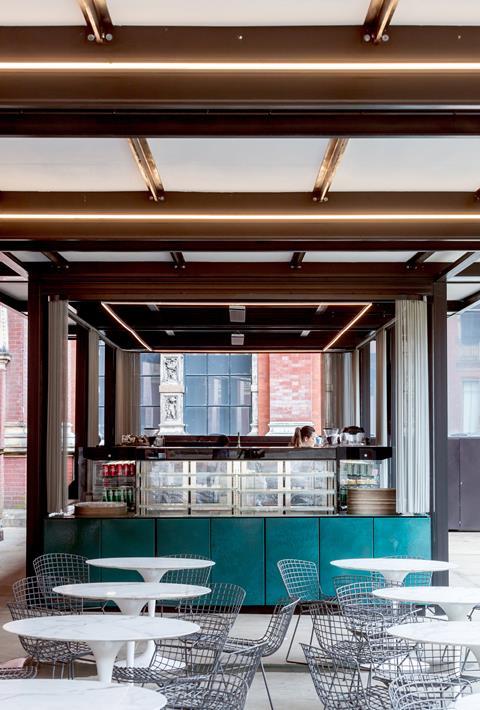 The building was designed in three months and built in two weeks. Most of the elements were fabricated offsite, carried through the museum without the need for cranes and installed at night.

The steel frame, inspired by a pergola, is adjustable and demountable. A series of 50 bespoke green enamel panels runs round the base of the Pavilion Café.

The café has a dual-fronted counter to increase efficiency and sales. 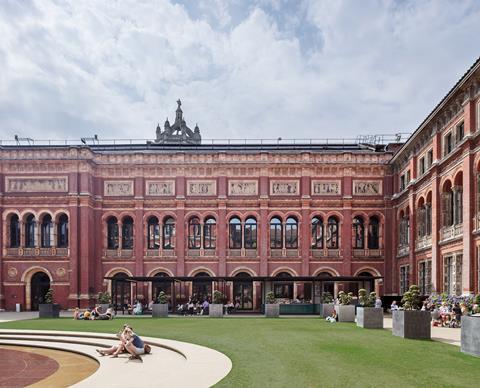 Reed Watts was founded in 2016 by Jim Reed and Matt Watts who were previously associate directors at Haworth Tompkins. 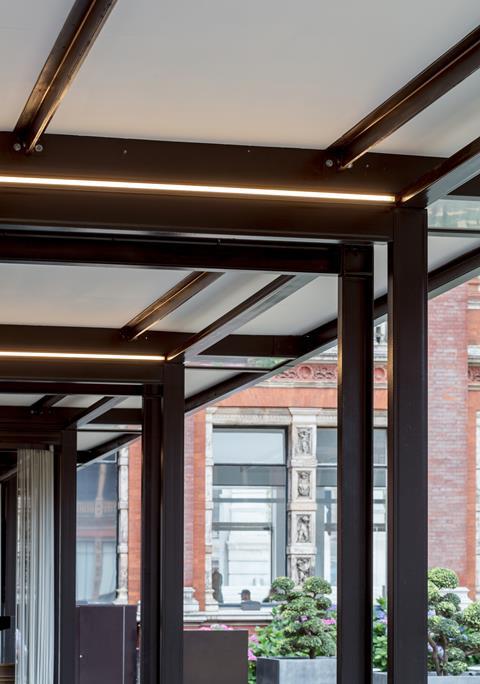 The practice has already designed the V&A members’ reception and the entrance from the tunnel leading from the Tube. Other recent projects include a new rehearsal studio for Regent’s Park Open Air Theatre. 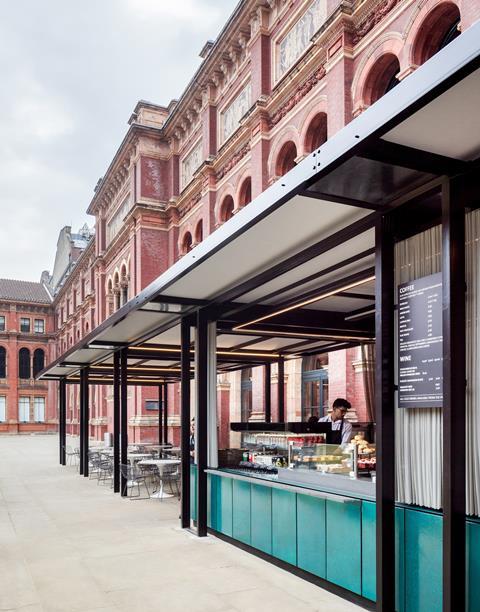 Watts said: “We wanted to do more with this new structure than just deliver a new café and seating area. Our design creates a framework that accommodates not only the café counter and seating, but that can also be appropriated for events and for temporary display. 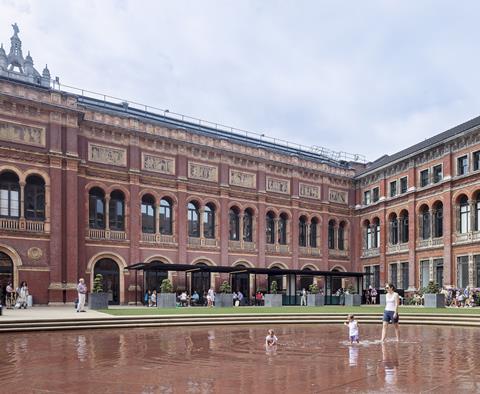 “The challenge came in achieving this without diminishing the beauty or tranquillity of the existing space. We’re delighted with how the completed project achieves this, all the more so given the tight timetable and the sophisticated demands of the operational brief.”

He said delivering the project from conception to completion in four months, was an “immense challenge”. 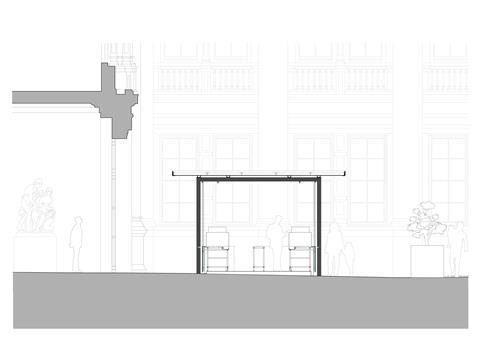 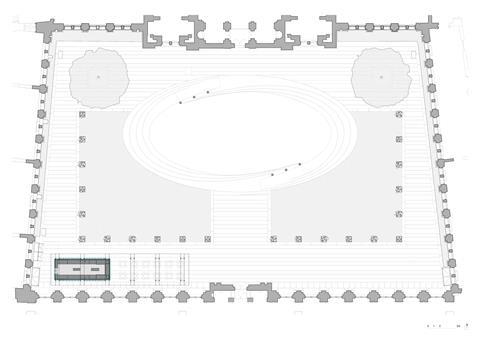