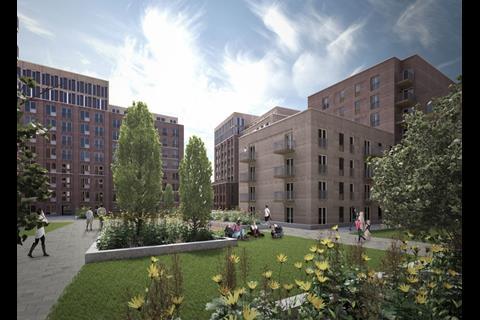 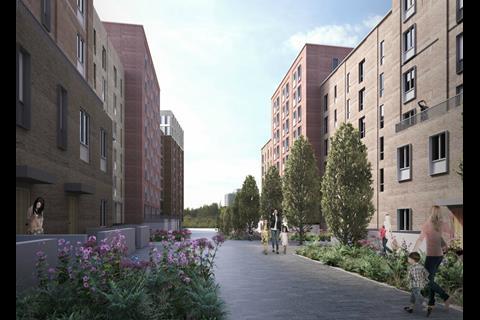 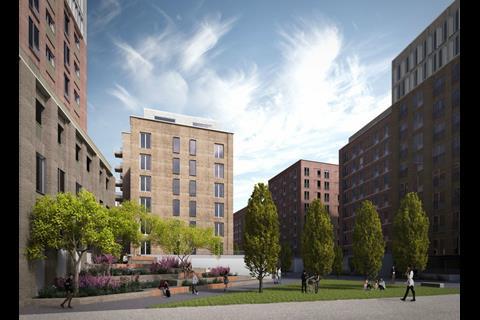 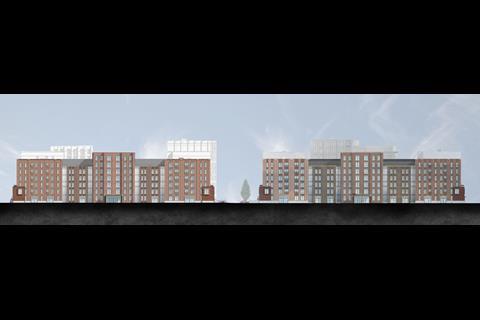 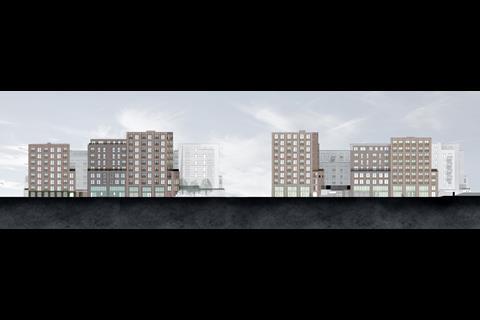 Purcell Architects has won planning for two schemes in Salford that will deliver a total of 751 new homes on two neighbouring sites near Salford Quays.

The practice drew up proposals for the brownfield developments, between Ordsall Lane and the Manchester Ship Canal, for clients NW Build and Fortis Developments.

Both schemes feature clusters of buildings of between five and nine storeys, with commercial floorspace fronting Ordsall Lane, communal open space behind the frontages and car-parking at lower-ground-floor level.

Salford council’s planning committee approved the schemes – downscaled from original proposals for one 464-home development and a sister 460-home neighbour – both of which would have been up to 10 storeys tall – at their most recent meeting.

The redrafted proposals came after an original round of consultation on the larger development, when the sufficiency of car-parking arrangements and the massing of the scheme were flagged as concerns.

Recommending the schemes for approval, Salford planning officers said they believed the scale of the proposals was in line with city planning policy, and the design details of the blocks contained elements that counteracted the effect of their collective massing.

“The Ordsall Lane elevation has been broken up through shifts in its massing and variations in its roofline to create five distinct sections to the elevation,” they said.

“This impression is reinforced further through the introduction of curtain wall glazing between each of the brick-built sections to visually fragment the elevation.

“Red and brown brickwork would be applied to alternating sections to again differentiate between the blocks. Projecting brick columns, coupled with patterned brickwork and the proportions of the large, recessed windows provide a vertical emphasis and additional layers of articulation to the elevation.”

They added that the delivery of two adjacent developments that presented a matching façade was considered to be acceptable as it would “create continuity” along Ordsall Lane and provide “an appropriate level of symmetry” to other views.