Phase 6B designed by Piercy & Company and Squires 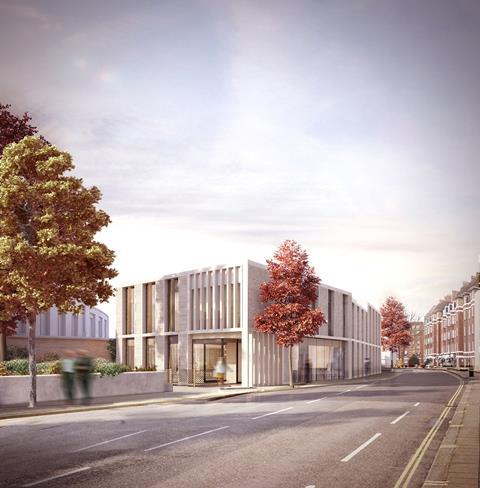 The medical centre in Stage 6B of Chelsea Barracks designed by Piercy & Company, on Ebury Bridge Road

The developer submitted plans for Phase 6B, which was designed by architects Piercy & Company and Squire & Partners, to Westminster council.

The phase will deliver the project’s “affordable” housing provision. It is set to be made up of 126 extra-care and affordable housing units, a public sports centre, four retail units and an NHS medical centre.

The housing will consist of 29 intermediate rent, 42 social rent and 55 senior living homes, accounting for 29% of the total development.

The health centre was designed by Piercy & Company, while Squire & Partners is responsible for the three buildings that house the extra care units, affordable homes, retail, sports centre and car parking. 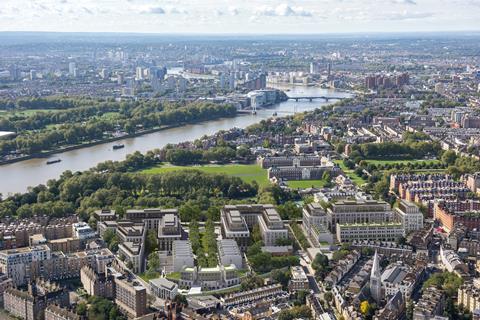 The news comes as the project’s first three phases [1, 2 & 3A], which are being built by Mace, near completion and work looks set to start on Phase 4.

The overall scheme, which is being masterplanned by Squire & Partners, is set to deliver more than 440 homes.

Other architects working on elements of the scheme include Eric Parry, PDP and Ben Pentreath & Associates.

Qatari Diar, which is wholly owned by the state of Qatar, won outline consent for the project in 2011 after buying the site from the Ministry of Defence for nearly £1bn.

The developer pulled Rogers Stirk Harbour & Partners’ original scheme for the site after opposition that included private lobbying against the scheme by Prince Charles, who called it “a gigantic experiment with the very soul of our capital city”.