Camden officers back practice’s plans for group HQ, despite City of London objections 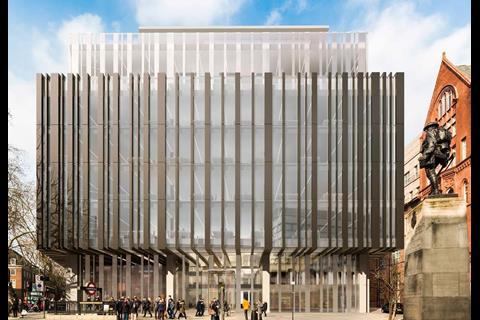 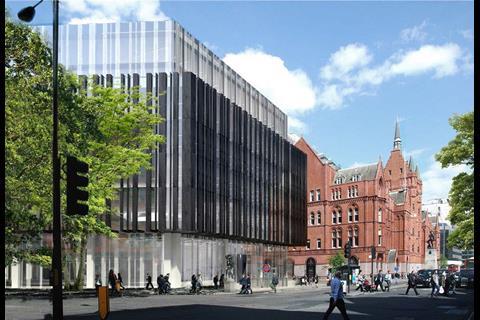 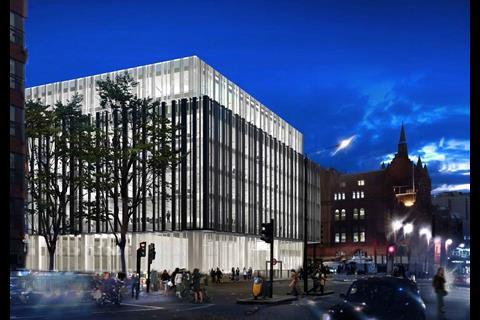 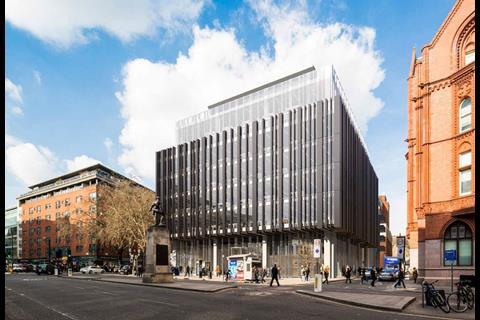 Perkins & Will's proposals for 150 Holborn, with the western-most end of the Grade II* Prudential Assurance Building to the right 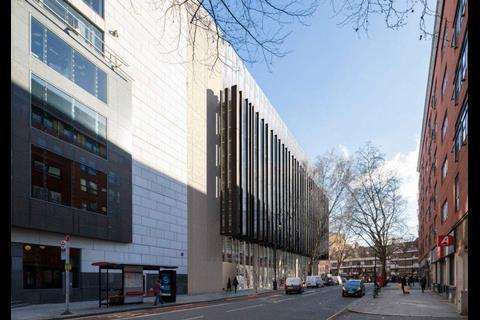 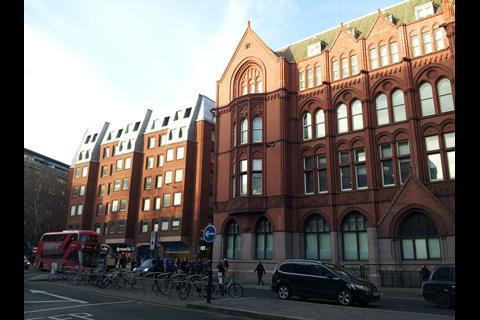 150 Holborn as it stands today, with the Grade II* Prudential Assurance Building to the right 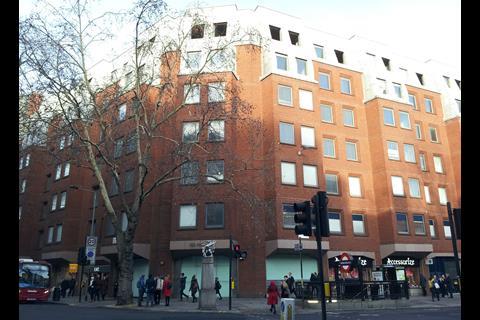 150 Holborn as it stands today 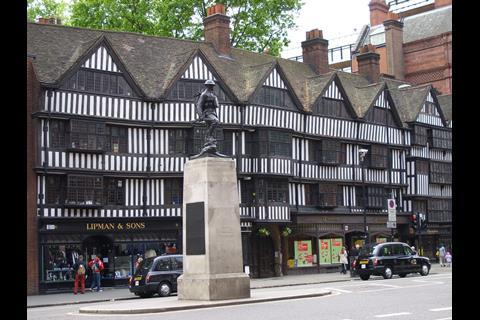 Perkins & Will’s plans to demolish a 1980s office block in Holborn to create a new headquarters for its parent company are being recommended for approval by planning officers at the London Borough of Camden.

The practice’s proposals for 150 Holborn – next to the grade II* Victorian gothic Prudential Assurance Building – are due to be determined by members of Camden’s planning committee tonight.

Perkins & Will’s scheme would create a nine-storey office building on the site of the current seven-storey block, reducing the level of ground-floor retail, but increasing the amount of office floorspace from the current 1984 block’s 9,140sq m to 12,862sq m.

The scheme also incorporates a five- to seven-storey residential block at the rear with 13 homes.

The development was designed for privately owned professional services network DAR Group – of which Perkins & Will is part, along with consultant Currie & Brown. Camden said the new headquarters would bring together around 1,000 of the business’ staff from other parts of London, 350 of them from Perkins & Will.

A report to tonight’s meeting said the City of London Corporation had opposed the plans because of their impact on views from Staple Inn Quadrangle to the south, and on neighbouring heritage assets including the grade I-listed 1-4 Holborn Bars, which date back to the 16th century and are part of a run of timber-framed buildings. 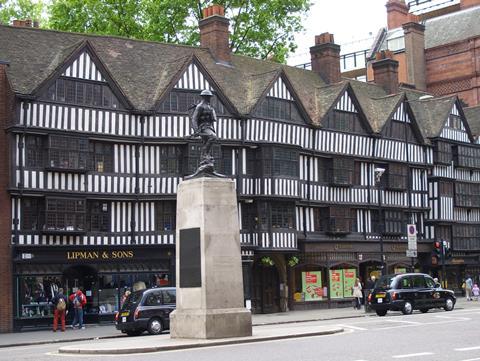 “It is considered that a building of the proposed height, scale, massing and bulk would be unduly assertive, wrestling attention from the layered urban grain on High Holborn, in particular the much more delicate scale of 1-4 and 337-338 High Holborn,” it said.

“This would appear particularly apparent in kinetic views south towards the full extent of the timber-framed range from Gray’s Inn, where the proposal would comprise an overly dominant ‘book end’ and while creating an unbalanced ‘canyon effect’.”

The City called on DAR to reconsider its plans to “provide a contextual building in terms of a scale, materiality and massing” that better reflected “the historic urban grain” of the area.

Government heritage adviser Historic England, which is based in the Prudential Building, declined to offer any comment on the proposals. 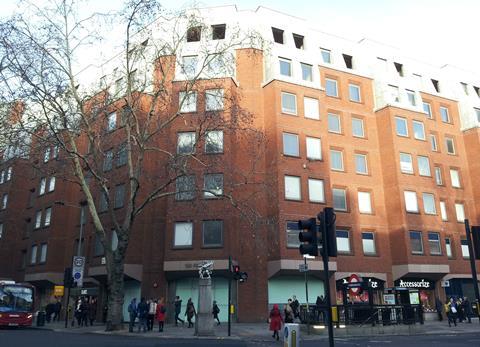 150 Holborn as it stands today

Camden planning officers disagreed with the City’s concerns, arguing that the development would be replacing a late 20th-century brick-built office block of “average architectural quality” with something that better responded to its “age, style and time”, and which would sit well among other more modern commercial developments.

“The clear contrast of construction techniques – between the traditional built listed buildings and the modern – provide a distinction between the listed and traditional buildings, which allow the ability to recognise and appreciate the historic context in the otherwise dense and urban environment,” they said.

“The Prudential Building would remain the largest and most prominent building in the immediate area and would not be considered to be overwhelmed by the development.

“Moreover it already adjoins a largely glazed modern office development with similarly proportioned ground floor which sits to its immediate east along Holborn. The new development is considered to help better define the grade II*-listed building compared with the existing red brick building.”

In relation to the City’s concerns about views from Staple Inn Quadrangle, planning officers accepted that the top part of the new building’s roof would be visible from Staple Inn Courtyard, but insisted the view or the setting of the listed buildings would be harmed.