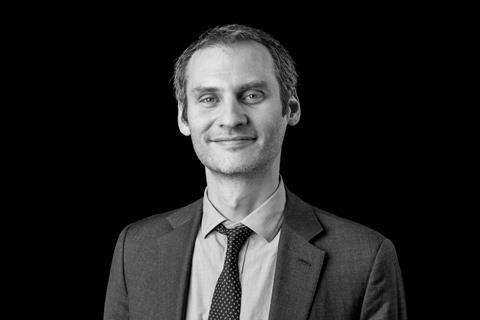 Perkins & Will has poached Brandon Buck from KPF to become its new design principal at its London studio.

Buck spent eight years at KPF and carried out work on the firm’s Sixty London office block on 60 Holborn Viaduct in 2014.

Dar is moving into a new London headquarters at 150 Holborn next door to the grade II*-listed Victorian gothic Prudential building.

Designed by Perkins & Will, work is due to start early next year. The building will house around 1,100 of Dar’s staff with 350 of them being from the architect.