Why directors need to learn from the Instagram generation

Architecture favours the old more than most arts, but that’s no excuse for not learning new tricks. Tim Bowder-Ridger explains why you should be listening to junior colleagues 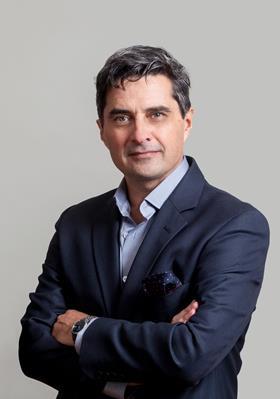 My rather grand but inspirational grandmother – who lived to be 100 – would never have approved of being taught to suck eggs. Right up to the end of her life she liked to surround herself with friends and family from across generations and had a hunger to understand new things.

In particular, she was a committed traveller, undertaking adventures (often on her own) right into her 90s. When this finally became too much for her, she continued to devour all things cultural – written, visual and audio – with the appetite of an 18-year-old. She was fascinated by how these things affected people’s lives and, by participating, never became fixed in her attitude.

As architects, this is a vital mind-set to adopt, considering what we create is perhaps the clearest and most powerful manifestation of our culture and how it might be.

As a profession we are still, quite rightly, trained to think in the long term (Louis Kahn built almost nothing until he was in his forties; Norman Foster remains an awesome force; Oscar Niemeyer was still designing new projects as a centenarian).

Unlike, say, the advertising and fashion industries, architecture has not had to contend with the “absolute rule” of youth culture or respond continually to passing fads and trends to anything like the same extent. Experience and longevity seem to be plus factors for architects; serious clients value experience and our ability to develop approaches whose success is measured in decades rather than months.

Nonetheless, during my own architectural career, I have witnessed some notable shifts in the workplace. Other than the gradual (albeit incomplete) improvement in gender balance in our profession and the enormous benefits of a far wider international presence of staff in our studios (long may it last!), it is the way in which architects now source information and process their thoughts that most stands out for me.

At a superficial level, the change has been one from an analogue to a digital world. However, that would suggest the changes have been predominantly in the technology we use, rather than in the ways we are using it and interacting with one another as a result.

In fact, the key to understanding how our profession will evolve in the future is for those of us from Generation X – who have had to learn how to adapt to a digital workplace – to embrace the thinking and approaches of millennials – who have been brought up in a digital environment from day one.

While we doubtless all worked hard during our formal education, younger people seem to possess an additional layer of self-education through experience of – and connection with – the wider world through the internet and through an enhanced ability to travel physically further afield. This experience is something that, for past generations, would have taken far longer to accumulate.

There is no doubt that this feeds positively into our work. Our task – as mentors and directors of design – becomes increasingly about filtering, editing and directing all of this information into a coherent narrative that informs our architecture.

Instagram is a perfect example of the way in which millennials are changing the dynamic of visual communication. This platform encourages instantaneous sharing of experience which in turn has a hugely positive impact on the creative spirit of the studio. For example, the process of identifying a central idea which will define a key architectural concept is one of clear distillation of narrative – a couple of powerful sentences, a handful of drawn lines or a single image – the equivalent of the 30-second elevator pitch. Instagram does this perfectly and has an immediate cross-generational impact. Everyone gets it. Previously, this way of thinking and communicating would have required months, years of training – today it has become completely natural, instinctive and contagious.

These “personal libraries” of reference and experience give additional confidence and inspiration to the upcoming generation – to such an extent that we now rarely have to push to achieve enthusiasm or ambition. Indeed, there are times when we need to ask some of the younger people in our studio to slow down a bit, stop and stand back to reconsider things in the way we had to in the days of drawing boards. In other words there’s a flip-side to this: putting on the brakes now and then can be revealing. Asking people to submit to the analogue experience of pulling out sketch books, reaching for the butter paper and a 2B pencil is often a moment of sudden levelling in a studio!

My grandmother never became remote from the younger generations and was, I suspect, forever that 18-year-old in her heart, with all the hunger and optimism that entails. If I am lucky enough to enjoy her longevity I am sure that it will be by following her example of engaging with people of all generations and being open to the changing world they represent. Nonetheless, I am doubly fortunate in being able to tap into the youthful octogenarian brain of my own mentor for the last 20 years, Terence Conran, whenever I need a more reflective counterpoint to the fast and furious thinking of the millennials.