The Coach: It’s OK to get angry – it’s how we deal with our anger that’s key

There are workplace situations in which anger seems to be the only legitimate response. It can then be used as a force for good, says Louise Rodgers 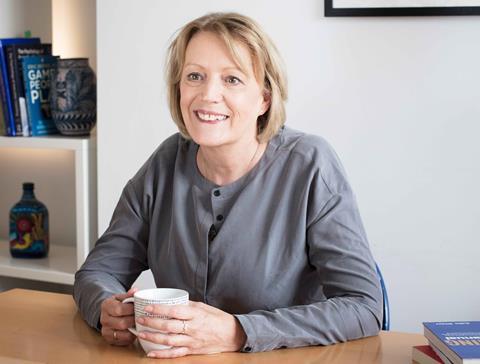 “I never get angry, I just grow a tumour instead.” So says Isaac, Woody Allen’s alter ego in his movie Manhattan. It is a quote referenced in Gabor Mate’s book When The Body Says No, which explores the cost to our health of repressed stress responses such as anger.

We get angry because we are human. This may be something that we have lost sight of in the quest for universal happiness and wellbeing, which almost always links anger with things such as high blood pressure, skin disorders or digestive problems, teaching us that it should be repressed at all costs.

Certainly, workplace anger conjures up images of behaviour that have long been considered unacceptable. Throwing a tantrum because someone has made a mistake, or reducing a co-worker to tears, breaches all that we have ever heard about creating a psychologically safe workplace culture.

We spend most of our waking hours at work and, even for those of us who are lucky enough to have jobs we enjoy, there are times when we are under pressure or frustrated

But we spend most of our waking hours at work and, even for those of us who are lucky enough to have jobs we enjoy, there are times when we are under pressure, or frustrated by the actions of a colleague, boss or client, and anger seems to be the only legitimate response.

Of course, it is clear that anger is bad for business. At its worst, when it is left to fester, it can create a toxic environment which people will want to leave. It is not good for employee morale and can lead to increased absenteeism and loss of commitment; impact the quality of work; and perhaps even damage a company’s reputation or reduce its profit margins.

That is why, these days, our first reaction to getting angry at work or seeing someone else get angry at work is to shut ourselves, or them, down. It is this kind of repression that Woody Allen was talking about, and Gabor Mate is wary about.

Anger is like the fight or flight response to fear in that it activates the amygdala, the almond-shaped part of the brain that regulates emotions. This in turn releases a load of hormones that flood the body’s system and cause a surge of energy.

If we suppress them, these hormones must go somewhere and, whether or not they actually cause tumours, it does seem logical to assume that if they hang around in the body system for a while, they could potentially give rise to other problems.

The key is to find safe, managed ways to deal with the anger response at work rather than act on it by, for example, throwing a stapler across the room in the direction of someone’s head (yes, a boss once did this to me) or raising one’s voice loud enough to send someone scurrying to the bathroom for a cry (me again).

Time for another quote. It is one we often use in coaching, when discussing self-awareness. It is from Victor Frankl who, as well as being a psychiatrist and philosopher, was a holocaust survivor. He said: “Between stimulus and response lies a space. In that space lies our freedom and power to choose a response. In our response lies our growth and our happiness.”

Identifying that space – and it may only be a split-second – is the secret of managing anger.

It can be helpful to start by recognising that this is a legitimate and natural response, rather than something we need to battle with

The stimulus will be felt differently by everyone, but it is usually first felt in what I think of as the “body-brain” before it reaches the conscious head-brain.

Do you feel tight in the chest? In the throat? Do you get a head-rush, feel a little giddy? That is the fight or flight response kicking in.

It can be helpful to start by recognising that this is a legitimate and natural response, rather than something we need to battle with: “XX has made me angry, and that’s a totally normal response, but it isn’t going to help anything if I lose my temper.”

Such reasoning immediately activates the brain’s pre-frontal cortex and pushes you into problem-solving mode.

And that is the moment during which you can choose how you are going to respond, even if it is only to buy yourself time by walking away or taking some deep breaths. Other techniques may be to expend some of those fight-or-flight hormones by going for a run, or by writing (but not sending!) an angry email.

Whatever it takes, being more in control of our responses is empowering and powerful. It does not mean that we won’t get angry, but it will mean that we are more able to channel that anger constructively.

In the workplace, anger can be used as an opportunity to have a more honest and open conversation with a colleague that will clear the air. Or to challenge bullying, harassment, or racism. Yes, anger can be dangerous and misdirected, but anger at social injustice is an essential motivating force for change and there are times when it is the only reasonable reaction.

Louise Rodgers is Building Design’s professional coach. A personal and business coach, she co-created and co-delivers, with Rachel Birchmore, Step Up, a leadership development programme for built environment consultants.

Do you have a question for Louise? If so email louise@eidyia.co.uk. She will use the most interesting in her columns but cannot enter into individual correspondence.

Hear more from Louise and Rachel on their podcast, Coaches on the Couch.