It's time to reconcile architects and urbanists

A false and unhelpful division has arisen between the two disciplines, argues David Rudlin, the new chair of the Academy of Urbanism

In 1958 Mies van der Rohe completed one of the most influential buildings of all time. The Seagram Building on New York City’s Park Avenue was his first tall office building and it is undoubtedly a masterpiece. 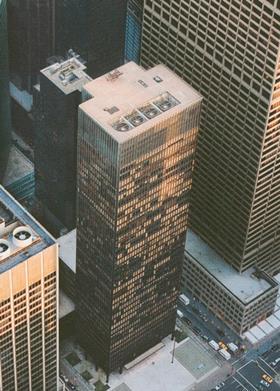 His boldest move was, as Adelyn Perez writes admiringly, “the grand gesture of setting back the building 100 feet from the street edge, which created a highly active open plaza… with its two large fountains surrounded by generous outdoor seating”. Perez praises Mies’ radical move to “distance himself from New York’s urban morphology of lot line development, and the conventional economics of skyscraper construction”. So impressed were the New York authorities that in 1961 they rewrote the city’s zoning ordinances allowing skyscrapers to go taller if part of the site was set aside for a similarly lively public plaza. Except of course the plaza is not lively. Try Googling images of the Seagram Plaza: they are pretty much all devoid of people. It creates a dead zone on the otherwise vibrant Park Avenue, a point that was being made by William H Whyte in his studies of public space as early as the mid 1960s. The Seagram Building is inspired architecture but terrible urbanism.

The Academy of Urbanism is a child of the RIBA. It was initiated by George Ferguson when he was RIBA president to get architects to think more broadly about these issues and the way in which their buildings contribute to the sort of lively, safe urban spaces that we all enjoy. Soon the academy launched itself as an independent organisation and it recently celebrated its 10th anniversary with a book of 75 of the places that have received Academy Awards.

Over that time the academy has had a sometimes difficult relationship with the architect profession. High-profile architects like Piers Gough were members in the early days but resigned over concerns that the academy was only interested in safe, established places and traditional architecture. These arguments have a long history in the profession with internationalists setting themselves against regionalists, modernists against post-modernists. The Academy of Urbanism had been branded, by some, as regionalist and traditional. This is generally considered not to be on the side of the angels in the eyes of most architects and indeed the architecture press (the same has happened with the Congress for New Urbanism in the US).

As the new chair of the Academy of Urbanism I am keen to widen this debate. Urbanism is not a stylistic choice; it is neither traditional nor modernist, international nor regionalist. Urbanism is the study of how cities work. In the academy’s new book we liken urbanism to horticulture. A garden designer or a landscape architect with a poor understanding of horticulture will make mistakes. In a similar way architects and urban designers who don’t understand urbanism can often get things terribly wrong. And yet, like horticulture, the way in which urbanism influences architecture is intuitive and creative. Like a good gardener, an architect who understands urbanism will work with it and test its limits rather than seeing it as a set of constraining rules to be challenged (as Mies did in New York). 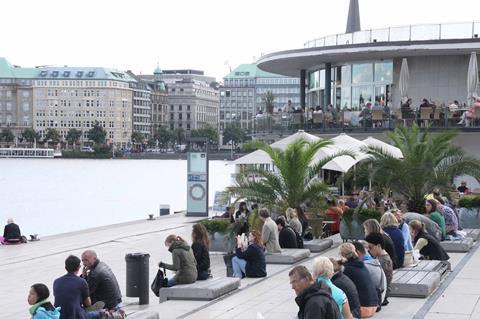 An example of good urbanism in Hamburg

So yes it is true that the 75 places in the new academy book do include some traditional, historic places (particularly in the towns chapter). However, it also includes great European cities, streets, neighbourhoods and places, many of which are contemporary. What unites them all is good urbanism, by which we mean places that are safe and lively, which contain a mix of uses and people, which have strong economies and encourage sustainable ways of living. They cover everything from the dense centres of great cities to lower-density suburbs and small towns. Each of them is a very human story about how the alchemy of urban life, economics and built form has been mixed to create great places. Many of these stories include great architecture, although that is only part of what creates good urbanism. But there is no reason why we can’t have both inspired architecture and good urbanism – if only the architect and the urbanist can be reconciled.

David Rudlin is chair of the Academy of Urbanism and a director of Urbed.