How to diversify housing delivery with some help from architects 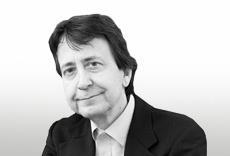 It is widely agreed that the dominance of the house building market by the volume house builders has distorted the market. It seems clear that a more diverse sector can only be of benefit to consumers, the economy and the architecture profession

Giving a larger share of the market to custom and self-builders is one of a number of ways to diversify housebuilding, along with building by councils and build to rent. Both the absolute number of small and medium sized builders, and the number of homes they build, has declined since the recession. The number of self-build homes, where the home owner does much of the construction work and the custom build sector, where an individual home is contracted with a builder/architect, also declined after the 2007 recession, from 14,000 in 2007 to 10,600 in 2013, according to a House of Commons briefing paper.

The recent Housing White Paper argues that a million people could be in the market for a self or custom built home. The proportion of self-built homes in England lags far behind Europe, with only 7-10 percent of completions as compared to 60 percent in France. In Berlin alone 190,000 homes have been constructed by self-build groups.

The government has attempted to stimulate self and custom building by making funding available through a Custom Build Investment Fund for schemes of five or more homes, and more recently through the recently inaugurated Home Building Fund. Obtaining mortgages has been a challenge, with a number of lenders dropping out, but at least 26 lenders now offer a product for custom or self-builders. The government has also acted to ensure that a proportion of government land released for homes goes to self-builders.

These actions appear to have had a limited impact, as availability of land and the complexity of the planning and regulatory process appear to be the two biggest barriers. The Self and Custom Build Act, given Royal Assent in 2013, addressed part of the land issue by requiring councils to maintain a register of interested self-builders. This has now been accompanied by 2016 requirements for “sufficient suitable development permission of serviced plots of land to meet the demand for self/custom build housing.” This action promises to address the land availability question, which has in the past been exacerbated by the tendency of local plans to only allocate larger sites, for ease of administration and oversight.

The complexity of planning process is also a powerful disincentive to self-building, especially as planning departments have declined in size in recent years. Neighbourhood planning, which tends to allocate smaller sites, may be of some help. Of greater potential is the move in the Housing White Paper to create pink zones, “where local development orders or Development Corporations could give broad approval in advance for particular types of development.”

But perhaps the biggest potential in encouraging self-build and custom build is the architecture profession. Roger Zogolovitch and Martyn Evans have both called for hybrid architect/developers to meet the gap in the market. Architects are ideally placed to help clients with planning and building regulations on small sites. It is but a small step to identifying and assembling small sites for community groups, as is common practice in Germany and the Netherlands. Partnering with brokers to assist with mortgages is also manageable.

A group of U.S. architects and planners committed to development in the U.S. have formed the Incremental Development Alliance with a goal of cultivating 1000 small developers, and are holding “boot camps” to help people make the leap from designer to designer/builder. A September 2016 Small Development Summit attracted UK participants from both Massive Small and the Project for Lean Urbanism.

There has been debate in these pages about Ben Derbyshire’s proposal for a London Housing Expo, aimed at demonstrating excellence in housing design across different London contexts. Such an expo could focus on self and custom building, helping to de-risk site allocation by London boroughs, introducing architects to potential self builders, and demonstrating the variety of self build options from the sale of serviced plots to self builders, to the sole of shells for fit out, to community builds.  The architecture profession can be at the heart of this movement as community architects were with the DIY housing effort in the Seventies and as Adolph Loos was with the wild settlers movement in Red Vienna.