Enter the Age of Uncertainty 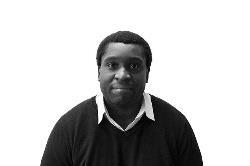 Without doubt, a hung parliament is the worst possible outcome of last night’s election. There are many casualties from the result and depending on your political persuasion each one will be met with either enthusiasm or despair. Some of the more celebrated and immediate casualties are UKIP, SNP dominance at Holyrood, Nick Clegg, Alex Salmond, opinion polling (save for the exit poll), any semblance of prime ministerial authority, parliamentary consensus on Brexit and, for the foreseeable future at least, Scottish independence. But the biggest casualty is one that in the short to medium term could issue for deeper aftershocks: certainty.

Despite the largely unexpected survival of the Conservative / Liberal Democratic coalition of 2010 to 2015, we are not a country used to coalitions. Since the Second World War there have only been three hung parliaments: 1974, 2010 and now. Yes coalitions are a common feature of European parliaments but most of these are organised on the basis of proportional representation, a system far kinder to party political collaboration than our more absolutist first-past-the-post arrangement.

But what does this mean to architects?

But the 2010/15 parliament notwithstanding, coalitions do not tend to breed the certainty that the country, the markets and the professional industries crave. For one thing they make party manifestos significantly less important, a development which, ironically, might well be welcomed by the shell-shocked Tory faithful.

But what does this mean to architects? With Labour numerically unable to form a government and the Conservatives only able to do so by presumably making concessions amenable to the Democratic Unionist Party, there is little point in rehashing the minutiae of the two leading parties’ manifestos. But both were relatively slim on the pressing construction-related issue of the day, housing.

Labour had promised to invest in a million new homes and reintroduce rent caps, the Tories had pledged to build 1.5m homes by 2022 and allow councils to build more social housing. Yet the economics underpinning both manifestos had been savaged by the Institute of Fiscal Studies. Ironically it is the now-vanquished UKIP, with their commitment to embrace modular construction by building 100,000 prefab homes every year, that seemed to have the most imaginative idea to beat the housing crisis.

But now what happens is anyone’s guess. One loss that might be keenly felt by some in the industry is housing minister Gavin Barwell losing his Croydon Central constituency. He was seen by some as an engaged and relatively design-literate minister. But with most architects historically unsympathetic to the Conservative cause, despite quite liking its free-market, developer-driven opportunism and balance sheets, last night’s result is unlikely to produce many tears at Portland Place and its satellites.

And perhaps opportunism is the key here. There are many who will gleefully criticise the prime minister for calling the election in the first place and certainly on the basis of their performance last night it is difficult to see it as anything other than a monstrous miscalculation for the Tory party. Perhaps Gordon Brown’s decision not to call a general election in 2007 was right after all.

But those accusing the prime minister of opportunism would do well to remember what they would do if they were about to embark on prohibitively expensive house renovations and they were advised by successive colleagues that their boss was willing to give them a pay rise if they just asked.

Regardless of the past, what counts now is fostering an environment for architects and everyone else that still promotes growth and productivity and which ensures that a positive Brexit deal is reached.

There are some who have argued that uncertainty may not be a bad thing, that it may not necessarily lead to political inertia and that it might in fact inspire more moderate politics. Let’s wait and see. But one thing is clear. Step aside the Age of Austerity, the Age of Uncertainty has begun.