Scheme being built in Xi’an

Zaha Hadid Architects has unveiled images of its design for a 60,000-seat football stadium in China.

The scheme in the north-western city of Xi’an will host national and international matches as well as domestic league games. It will also be able to stage youth training academies, entertainment performances and cultural events. 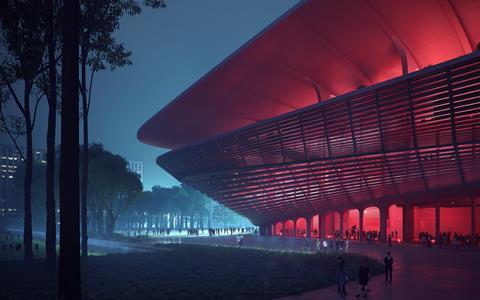 It is being built in Fengdong New District in Xi’an, one of China’s oldest cities which marks the eastern end of the Silk Road and is famous for being home to the Terracotta Warriors. 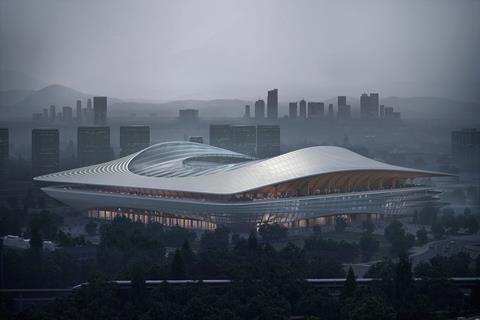 The stadium, which will include public spaces, recreation and dining facilities, will host matches in the Asian Cup being staged in China in 2023. 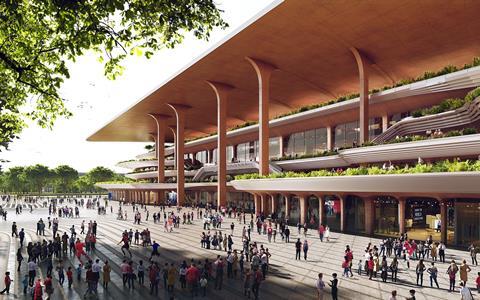 The facades have been designed in a way to protect the stadium from northerly winds while it will feature an ultra-lightweight long-span cable-net roof structure. 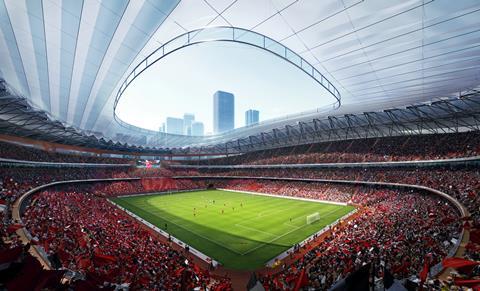 A translucent membrane over the seating protects spectators from inclement weather and direct sunlight while also allowing the most amount of natural light to reach the playing surface. 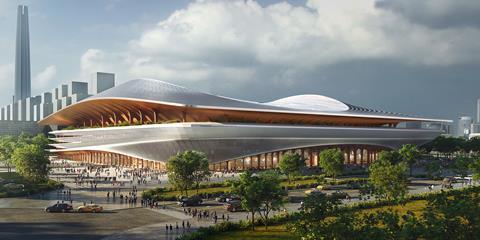 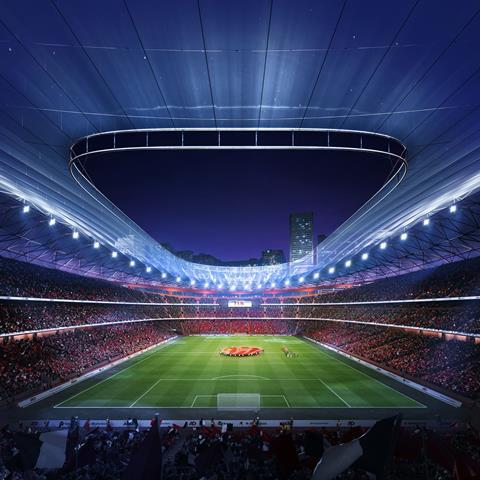