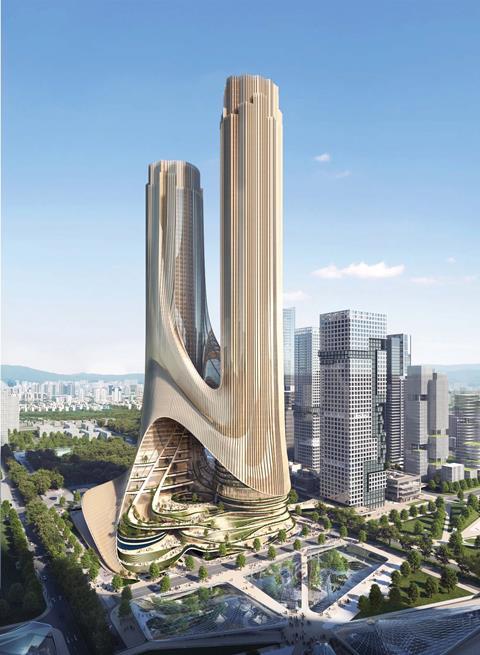 Zaha Hadid Architects has been named the winner of a competition to design a 400m tall pair of towers in the the heart of a new tech district in Shenzhen, China.

The practice has unveiled its designs for Tower C at Shenzhen Bay Super Headquarters Base, a developing business and financial centre for corporate headquarters which will accommodate around 300,000 employees each day.

The towers, which will rise from a series of stepped plazas set within an adjacent park, will be located at the intersection of two major thoroughfares in the city.

Aquaponic gardens will be planted on all of the lower terraced levels, with low-volatile organic compound materials also installed to minimise indoor pollutants. 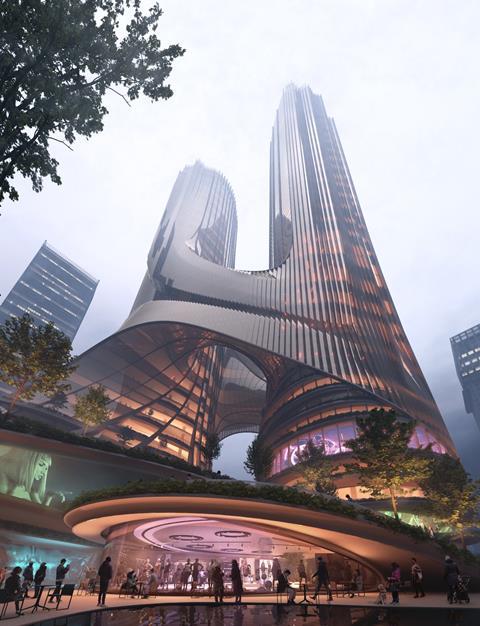 Column-free office space will be provided within the towers, which will be linked by a sweeping bridge housing cultural and leisure attractions including a hotel, convention centre, retail space and exhibition galleries. 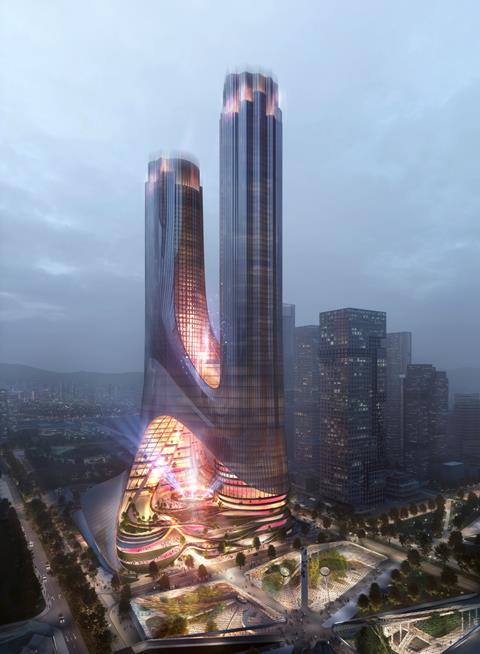 It is the fourth scheme in as many months announced by Zaha Hadid in the Pearl River Delta region in southern China.

In October, the practice unveiled its designs for a covid-friendly 36-storey tower in the heart of Hong Kong’s financial district, opposite Fosters’ landmark HSBC building.

In December, it announced that it would be building a 125,000sq m science and technology museum in Shenzhen which, similarly to Tower C, also includes stepped terraces as a key design feature. 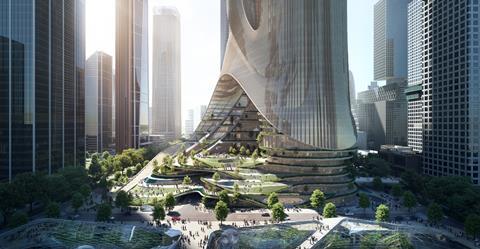 That was followed by 1,500-room apartment block in Hong Kong for the Hong Kong University of Science and Technology set on a steeply sloping coastal hill side.

Shenzhen is one a cluster of cities surrounding the Pearl River Delta, including Hong Kong, Macau and Guangzhou, which are gradually converging to form one of the world’s largest urban agglomerations, home to more than 57 million people.