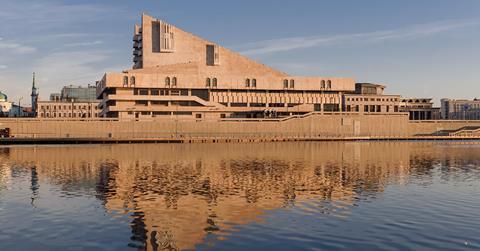 Asif Khan and Zaha Hadid Architects are among eight teams that have been shortlisted to design a new theatre in a historic Russian city.

The open international competition for the development of an architectural concept for a new theatre in Kazan, Tatarstan, attracted applications from 26 consortia and 13 individual competitors from 14 countries.

The finalists also include Coop Himmelb(l)au and Kengo Kuma.

The brief is to replace the 1980s Galiasgar Kamal Theatre on the Lake Kaban waterfront with a new venue on the 2ha site.

Mayor of Kazan and jury chair Ilsur Metshin said: “The key architectural concept should take into account sustainable development of the historic centre of Kazan. The new theatre shall blend harmoniously into the context of the embankment and the entire old Tatar settlement, and become a unique landmark, in the same way the current building did in its time.”

The contest was launched in July by Rustam Minnikhanov, the president of Tatarstan which is part of Russia, and the Galiasgar Kamal Tatar State Academic Theatre, whose history as a Tatar-language theatre dates back a century.

The first stage required submission of an essay and a portfolio of relevant work.

The finalists will receive an online briefing and then travel to Kazan in November to learn more about the city and Tatar culture, before drafting their proposals for an in-person presentation in January. The winner is due to be announced in February.

East Wind Consortium under the leadership of: Kazan State University of Architecture and Civil Engineering (Kazan)