Palestinian Museum one of six winners 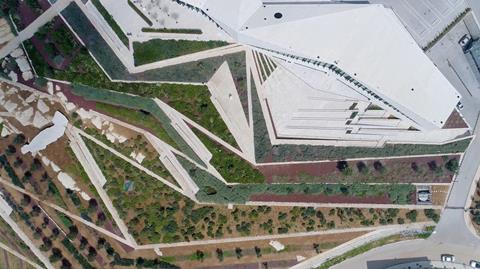 Heneghan Peng is one of the joint winners of the $1m Aga Khan Award for Architecture.

The Dublin practice was chosen for its Palestinian Museum in the small West Bank town of Birzeit.

Co-founder Róisín Heneghan said the practice was excited to have won such a major prize, especially one that was so carefully judged – with the assessment team spending three days on site.

“It’s great news for the client and everyone who worked on the project,” she added. “There were things that were difficult to pull off so it’s recognition for all the effort that went into getting it built and realising the landscape.” 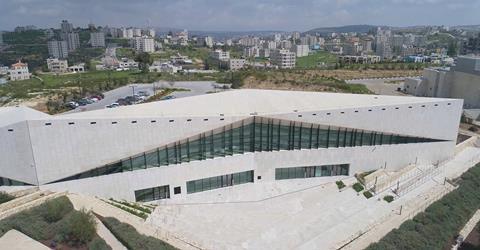 The judges, who included Elizabeth Diller, David Chipperfield and Harvard’s Ali Malkawi, were also looking for the project that was genuinely meaningful for its users, she said, which added to her pleasure in winning. 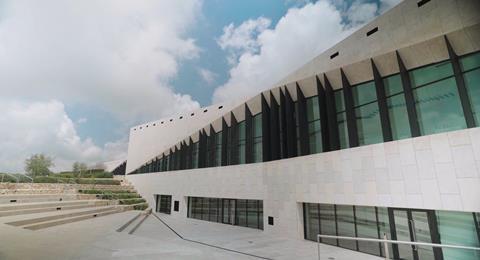 The 40,000sq m museum opened in 2016 which meant it was eligible for the current 2017-19 Aga Khan award cycle. The prize which was founded in 1977 to recognise good buildings in communities with significant Muslim populations. 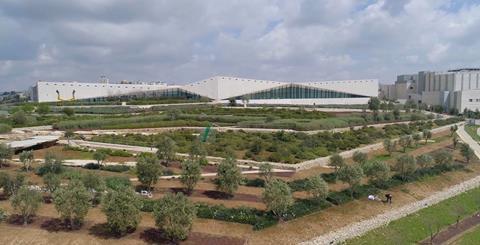 The other winners this year include Bangladesh’s Saif Ul Haque Sthapati for an amphibious school on a riverside site which is submerged by 3m of water every monsoon and Spain’s Idom for a large university lecture hall and teaching block in Senegal.

Winners of the 2019 Aga Khan Award for Architecture

Revitalisation of Muharraq, which highlights the World Heritage site’s pearling history, was first initiated as a series of restoration and reuse projects. The project evolved into a comprehensive programme that aimed to re-balance the city’s demographic makeup by creating public spaces, providing community and cultural venues, and improving the overall environment.

Arcadia Education Project, in South Kanarchor, a modular structure – incorporating space for a preschool, a hostel, a nursery and a vocational training centre – that takes a novel approach to a riverine site that is often flooded for five months every year. Rather than disrupting the ecosystem to create a mound for building, the architect devised the solution of an amphibious structure that could sit on the ground or float on the water, depending on seasonal conditions.

Palestinian Museum, in Birzeit, which crowns a terraced hill overlooking the Mediterranean and is the recipient of the LEED Gold certification because of its sustainable construction. The zigzagging forms of the Museum’s architecture and hillside gardens are inspired by the surrounding agricultural terraces, stressing the link with the land and Palestinian heritage.

Public Spaces Development Programme, in Kazan, the Republic of Tatarstan, a programme that, to date, has improved 328 public spaces all over Tatarstan. The ambitious programme sought to counter the trend toward private ownership by refocusing priorities on quality public spaces for the Tatar people. It has now become a model throughout the Russian Federation.

Alioune Diop University Teaching and Research Unit, in Bambey, where a scarcity of resources led to the use of bioclimatic strategies, including a large double roof canopy and latticework that avoids direct solar radiation but allows air to flow through it. By employing locally familiar construction techniques and following sustainability principles, the project succeeded in keeping costs and maintenance demands to a minimum, while still making a bold architectural statement.

Wasit Wetland Centre, in Sharjah, a design that transformed a wasteland into a wetland and functioned as a catalyst for biodiversity and environmental education.

While its indigenous ecosystem has been restored, it has also proven to be a popular place for visitors to appreciate and learn about their natural environment.