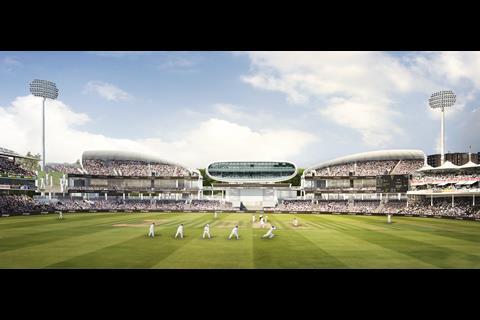 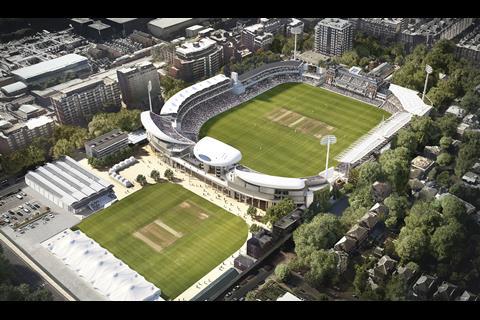 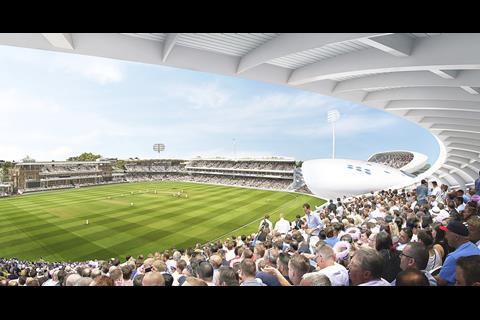 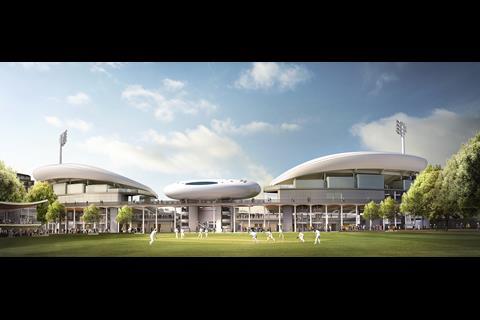 Wilkinson Eyre is set to break ground on the £52m redevelopment at Lord’s cricket ground on Monday.

Two new three-tiered stands are being built by ISG for Marylebone Cricket Club (MCC) over the next two years.

The works were scheduled not to take place until after the Lord’s Ashes test, which wrapped up on August 18 with a draw.

The redeveloped Compton and Edrich stands, which will be connected by a walkway round Future Systems’ Stirling Prize-winning media centre, are scheduled to be completed in time for the start of the 2021 cricket season.

In addition to improving the sightlines and reducing the number of restricted-view seats, the new stands will be accessible to people with disabilities and include new toilets as well as integrated catering facilities and lifts to all levels.

It is the second part of the MCC’s long-term masterplan to overhaul Lord’s. The first phase completed when the redeveloped Warner Stand opened in 2017.