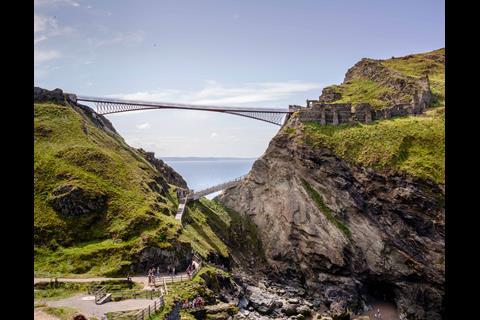 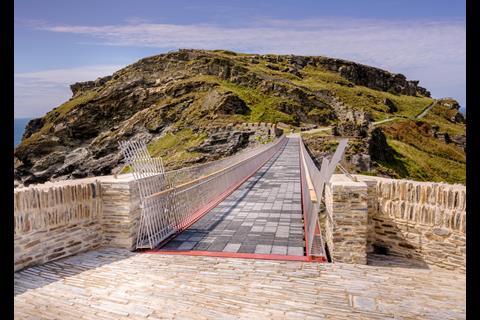 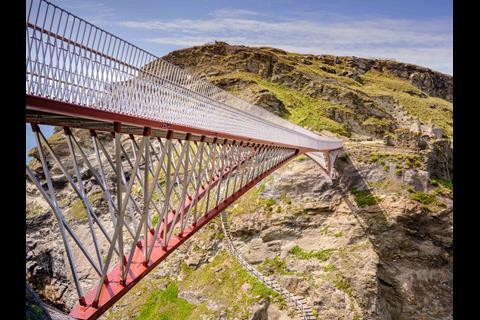 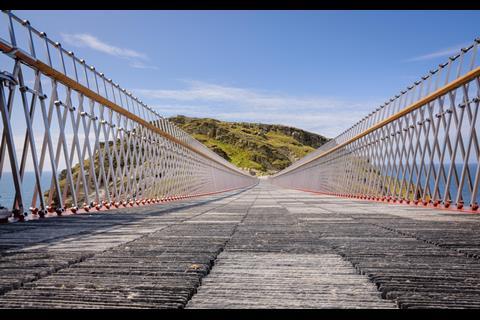 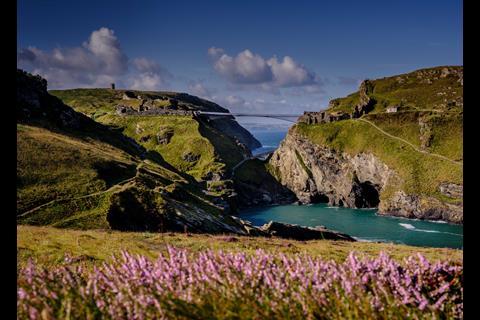 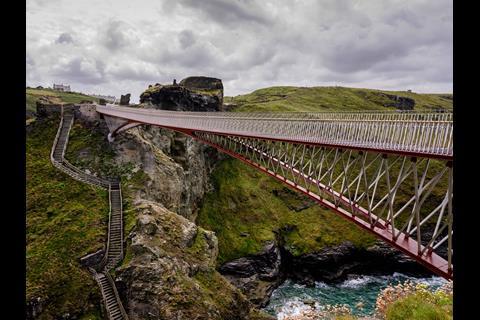 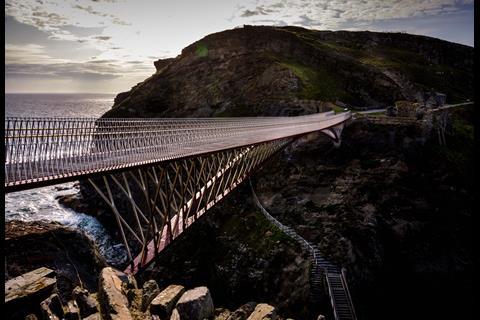 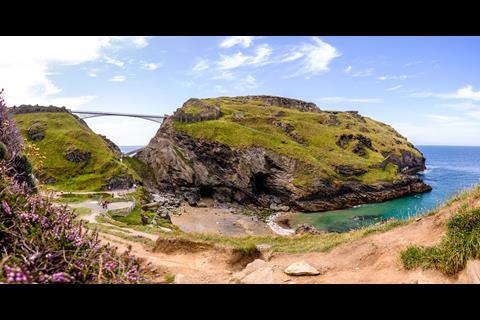 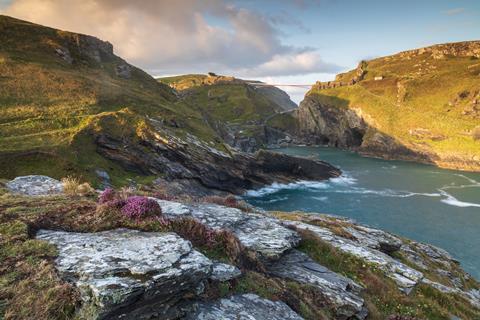 The bridge had been due to open tomorrow but severe weather forecast for the area, which has already led to the cancellation of this weekend’s Boardmasters music festival in Newquay, has pushed the opening back by 48 hours.

A spokesperson said: “This is due to the severe weather forecast for Friday and Saturday and is a normal procedure for the exposed coastal site whenever the wind reaches gale force 8.”

The bridge links the mainland with Tintagel Castle island and was designed for English Heritage by the Shard architect and Belgian civil engineering firm Ney & Partners.

The pair won an international competition for the job in 2015 which attracted more than 130 entries.

It was originally due to open in June with the delays put down to the complex fabrication needed for the 70m-span structure.

The new bridge, 28m higher than the current crossing, will recreate the land link that once existed between the mainland and headland before coastal erosion severed the connection.

All pictures by Jim Holden and Justin Minns