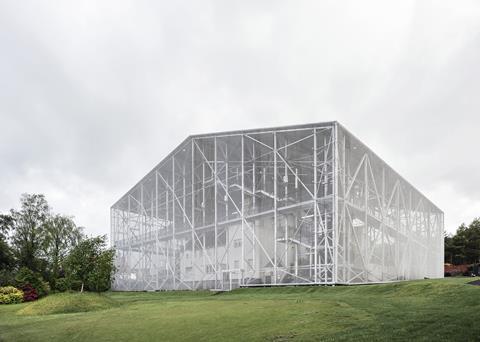 They are among 40 schemes in 18 countries across Europe which are in the running for the prestigious prize.

David Chipperfield Architects is also a contender, in a nice moment of circularity, for its painstaking €100m refurbishment of Mies van der Rohe’ Neue Nationalgalerie in Berlin.

Also longlisted are Dorte Mandrup for Denmark’s Wadden Sea Centre and several examples of collective housing – the best-represented typology on the list – including Gleis 21 in Vienna by Einszueins Arkitektur and Vindmollebakken in Stavanger by Helen & Hard.

Austria, France and Spain are the countries with the largest number of longlisted schemes – five apiece.

The jury, chaired by Mexican architect Tatiana Bilbao, drew up the longlist from 532 possible works.

The shortlist – expected to feature five projects – will be announced on February 16, with the winner named at a ceremony held in May at the Mies van der Rohe Pavilion in Barcelona.

Triin Ojari, a judge and director of the Estonian Museum of Architecture, said: “As a society we should be more and more interested in architecture because it affects our everyday life in a global way. Covid-19 has emphasised the importance of the quality of our living environment, the importance of planning where we live, the indoor and outdoor spaces; because we spend a lot of time in the private space.”

Mariya Gabriel, the EU commissioner for innovation, research, culture, education and youth, added: “Rethinking the way we are building is a must. High-quality architecture is a cornerstone of the European Commission’s approach to sustainability. In redefining European architects’ role as caregivers, architecture contributes to the European Green Deal and its cultural component: the New European Bauhaus.” 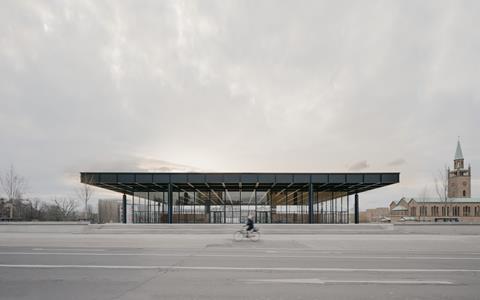 Carmody Groarke’s transparent protective structure built around Mackintosh’s Hill House has been designed to allow the building to be seen while conservation teams attempt to solve the damp problems that have dogged it from the day it was completed in 1904.

The house, at Helensburgh, north-west of Glasgow, was built for the publisher Walter Blackie and is considered to be one of Scotland’s most important buildings, mixing arts and crafts, Scottish baronial, Japonisme and art nouveau. 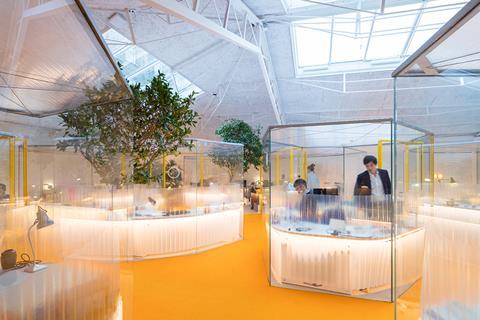 Selgas Cano’s latest project for coworking providers Second Home has turned five small warehouse buildings in west London into 1,000sq m of workspace flooded with light, colour and greenery, and 200 desks. The courtyard has been covered by an ETFE and PVC glass roof which uses soap bubbles as insulation.

The site has a rich history, featuring in films and being used by Richard Rogers as his very first studio after he won the Pompidou Centre competition. A vine he is said to have planted is still there today.

The other arguably British entry on the longlist is David Chipperfield Architects’ renovation of Mies’ Berlin masterpiece the Neue Nationalgalerie, widely considered one of the 20th century’s most important buildings.

Mies’ last work, and his only European project after he emigrated to the United States, it was designed and built in 1965-8 to provide an art gallery for West Berlin’s share of the newly divided nation’s art collection.