Developer behind Manchester towers will pay £106,000 for off-site affordable units

Simpson Haugh has seen its plans for 1,950 homes across a series of towers in Castlefield approved by Manchester council despite containing zero “affordable” units.

The £500m Trinity Islands scheme includes four towers of between 39 and 60 storeys on a 1.78ha split site close to Deansgate in the middle of the Castlefield conservation area.

Developer Renaker said it was “delighted to announce we have been granted full planning permission for our Trinity Islands development”. 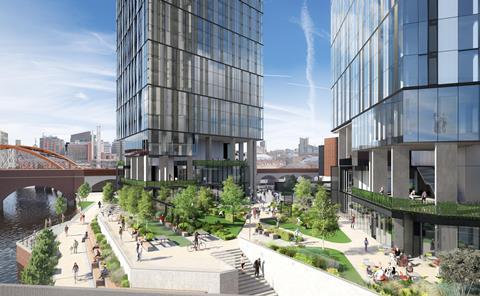 The scheme will include 638 one-bed apartments, 1254 two-beds, 42 three-bed homes and 16 three-bed duplex apartments.

The permission was granted despite all of the homes being for private sale, with a commuted sum of just £106,000 agreed for off-site affordable housing, out of a total estimated development value of £745m. Manchester council requires 20% affordable housing from schemes as policy except where viability assessments indicate this is not affordable.

Justifying the lack of affordable housing proposed, the officers’ report said: “The proposal would develop a contaminated, brownfield site laid as a car park. The site makes little contribution to the local area.”

The scheme will, however, contribute £1.5m towards a local school. 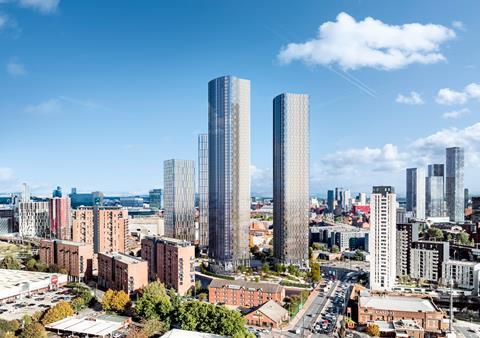