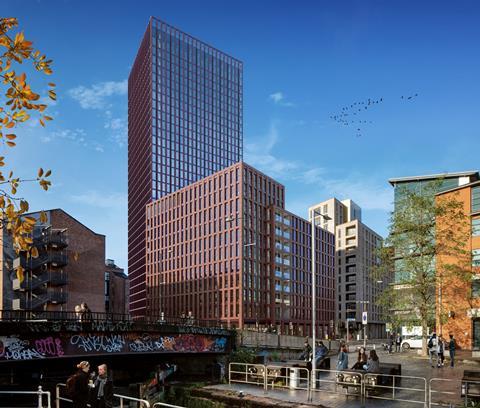 Manchester councillors have moved to block proposals for a Simpson Haugh-designed 34-storey residential development earmarked for the site of a surface car park a stone’s throw from the city’s Piccadilly Station.

The practice’s proposals for the 0.54ha plot in Port Street would deliver 485 homes for client Affinity Living in a scheme that also includes seven- , nine- and 11-storey elements.

But members of the city council’s planning and highways committee last week said they were “minded to refuse” the proposals, citing concerns about the scale of the scheme and its impact on the Ancoats and Stevenson Square conservation areas.

Large-scale developments that fail to offer any affordable homes on-site, and minimal contributions to offsite delivery are becoming increasingly controversial in Manchester. 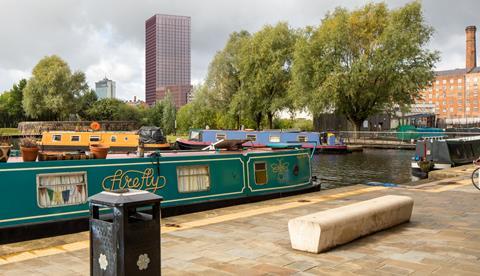 In February, Simpson Haugh’s 1,950-home Trinity Islands towers were granted planning permission, despite offering just a £106,000 contribution towards offsite affordable homes. In March its 988-home proposals for two 51-storey towers on Great Jackson Street were approved with just a £90,000 contribution towards offsite affordable housing. Both schemes were designed for developer Renaker.

“My calculation is [that we should be given] about £4.75m for an offsite affordable contribution, rather than just £1m,” he said.

Councillors expressed repeated concerns about the height of the latest Simpson Haugh proposals last week, describing it as 20 storeys taller than neighbouring structures. 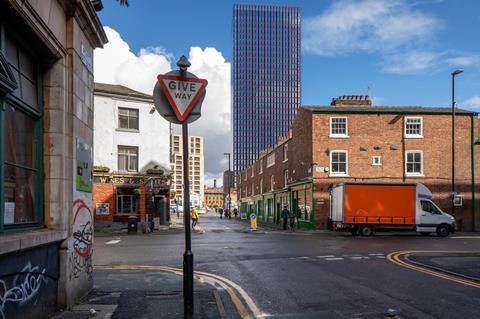 Planning officers said the Piccadilly Basin Strategic Regeneration Framework identified the Port Street site as suitable for a tall building. They acknowledged that the 34-storey tower was two or three floors higher than the planning document proposed, but councillors were told that the framework had indicated more than one tall building could be accommodated on the site.

Officers recommended the proposals for approval. Their report recognised that the development would have some impact on the setting of nearby listed buildings – which include the grade II*-listed Brownsfield Mill, recently redeveloped by Urban Splash as the Avro residential development. However they said the harm would be “less than substantial” and offset by the public benefits of the scheme.

Councillors voted in favour of the “minded to refuse” resolution by nine votes to one. There were also three abstentions. The proposals will return to a future session of the committee for a final decision. 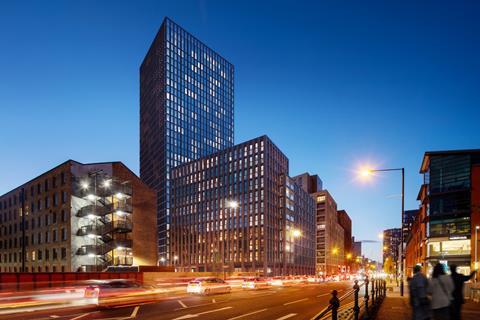