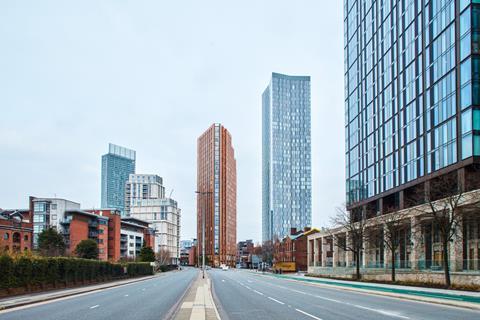 Corstorphine & Wright has been given the go-ahead for a 28-storey student tower in Manchester after a planning inspector overruled the city council’s grounds for rejecting the 500-plus-bedroom scheme.

The practice’s £40m plans for Deansgate South were drawn up for developer Fusion Students and included a gym, cinema, karaoke room and study spaces on a 0.6ha site near Simpson Haugh & Partners’ Deansgate Square towers.

Manchester city council’s planning and highways committee turned down the application in June last year. Members cited concerns including the impact of the proposals on the surrounding area and particular heritage assets; the need for the proposed development; and the impact on residents of nearby Deansgate Quay. 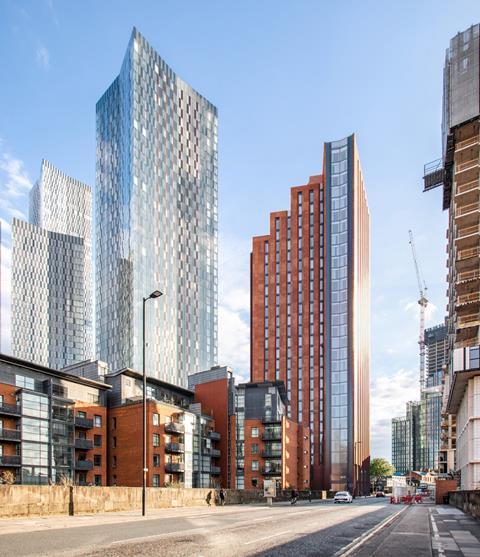 However, a just-published decision from planning inspector John Braithwaite has quashed the city council’s rejection, dismantling its grounds for refusal following an appeal.

Braithwaite said visualisations of Corstorphine & Wright’s proposals showed the building’s height was acceptable. He said that although the tower would be significantly higher than Deansgate Quay, it did not compromise the existing scale of development in the area, where the Deansgate West tower, which is part of Deansgate Square, is 65 storeys tall.

The inspector dismissed concerns about the proposals’ impact on local heritage assets, which include grade II-listed Deansgate Station, the former Bridgewater Canal Offices and the former Congregational Chapel. He also noted that Manchester city council itself acknowledges a need for more purpose-built student accommodation in the city, effectively undermining part of its own argument against the proposals. 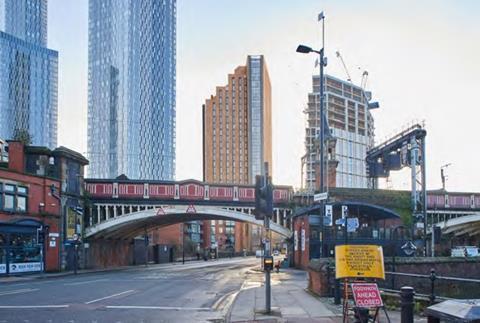 “The proposed development would not harm the character of, or the significance of heritage assets in, the area, and would not have a significant adverse effect on the amenities of residents of Deansgate Quay,” Braithwaite concluded.

“Furthermore, there is a quantitative and qualitative need for the proposed PBSA scheme which would be in an appropriate location relative to [University of Manchester and Manchester Metropolitan University] campuses, and there are no significant comfort or safety concerns for pedestrians or cyclists.”

Braithwaite said the proposals accorded with policies in Manchester’s core strategy, and “in particular” with its up-to-date development plan. 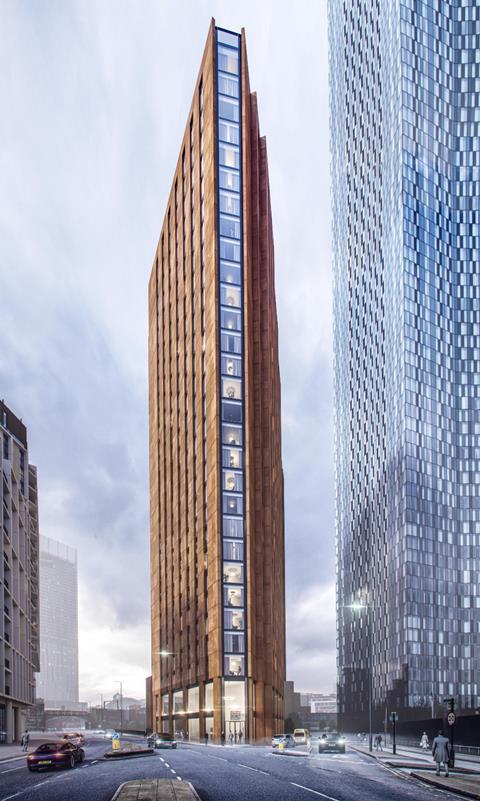