Sheppard Robson given all clear for 281-home Hornsey scheme 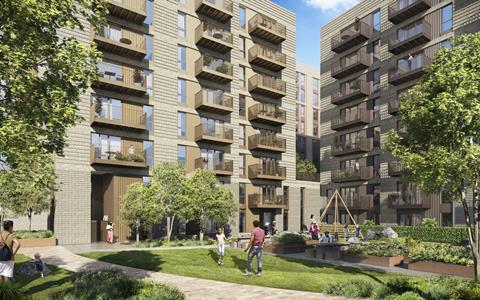 The scheme includes a new one-acre park at its centre

Sheppard Robson has been given the go ahead for a 281-home scheme in north London linked to Alexandra Palace by an underground tunnel.

Known as Clarendon, the three-block scheme in Hornsey for Berkeley Group subsidiary St William is the latest phase of a 1,700-home development spanning a 12-acre railway-side site in Zone 3 at the former Hornsey Gasworks.

The development includes a new community centre, food shop, cafe and 25,000sq ft of commercial space and adds an extra 37 homes to the original masterplan. 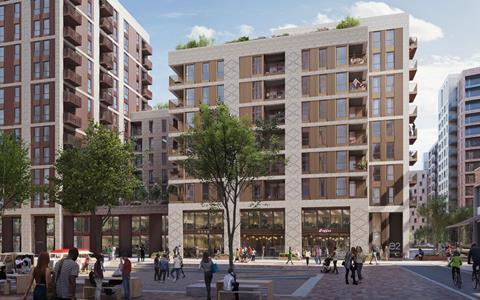 The railway-side site was formerly occupied by the Hornsey Gasworks

It will also include a new public square and the new one-acre Hornsey Park, which serves as the centrepiece of the development. LDA Design was the landscape architect for the project.

Residents will be a short walk away from Alexandra Park and its famous palace, which they will be able to visit via the adjacent Penstock tunnel which runs beneath the railway tracks.

The gas holders, which were mostly demolished in 2016, were built in 1892 and were the earliest surviving example of Samuel Cutler’s pioneering geodesic design later used for gasholders across the world. 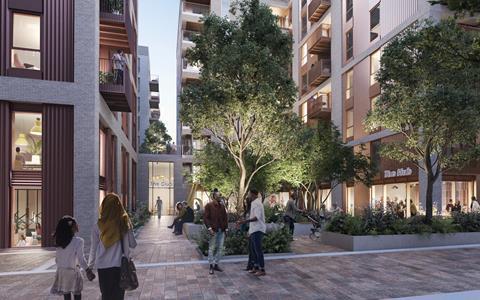