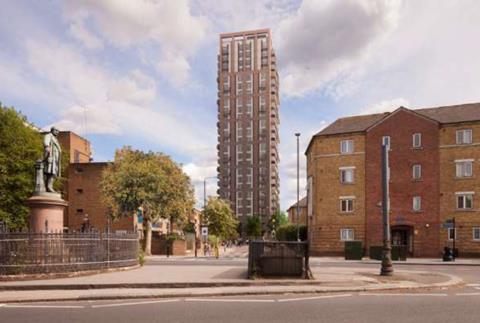 Developer Muse and an east London housing association have briefed councillors on regeneration proposals for a rundown neighbourhood centre that would deliver more than 280 new homes.

RMA Architects’ proposals, drawn up for Stroudley Walk in Bow, would replace a vacant 11-storey 1960s block of flats, a selection of 1980s low-rise commercial units and a doctors’ surgery with a 25-storey tower and three other buildings of up to four storeys in height.

Muse and Poplar Harca have been working up proposals for the 0.87ha site for more than two years and received an environmental impact assessment scoping opinion from Tower Hamlets planning officers in October last year. 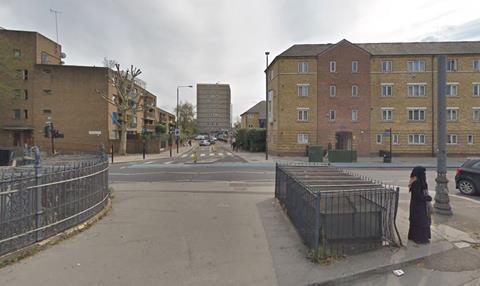 Earlier this month members of Tower Hamlets’ strategic development committee was given a presentation on the proposals, which have yet to be worked up into a full planning application.

Councillors were told the Stroudley Walk site currently had 52 homes on it, in addition to the commercial premises, a car park and open space.

The RMA scheme would deliver 284 new homes, along with new commercial space and a pocket park. Councillors were told the developers had not agreed what the scheme’s housing mix and tenure would be, but officers said any redevelopment would be required to meet local plan policy targets that included a minimum of 35% affordable housing on the additional units. 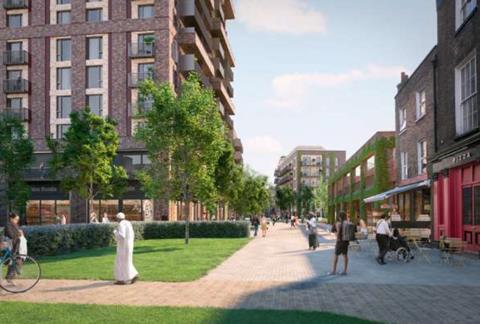 Stroudley Walk seen from the north, under RMA Architects’ proposals

Their report said a second stage of consultation undertaken with residents last year had received around 1,000 comments, with a desire to “see the site redeveloped and transformed as soon as possible” among key observations.

Officers said the proposal had also been presented to Tower Hamlets’ conservation and design advisory panel in October last year.

They noted that while the panel recognised the redevelopment of Stroudley Walk represented a “great opportunity”, more work was required on the scheme.

Officers urged Muse and Poplar Harca to “explore a wider site boundary to deliver a more comprehensive development” and sought a “calmer appearance” for the centrepiece tower. 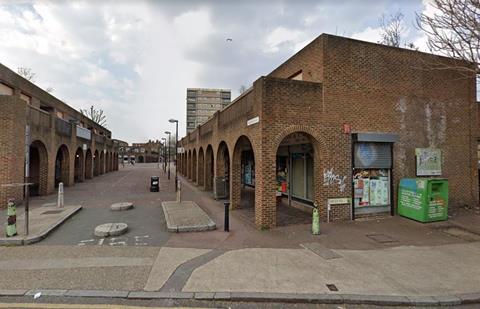