The RIBA has condemned government proposals to expand permitted development rights, labelling plans to allow the demolition and replacement of industrial and commercial property with housing a “fundamental contradiction”. 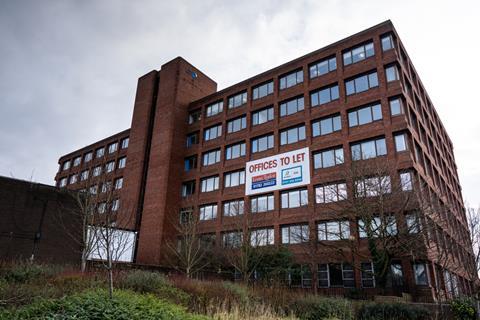 But Dobson said there was a fundamental contradiction between the government’s professed commitment to quality and its plans to further expand permitted development.

“Current rules allow developers to create housing which fails to meet even the most basic spatial, quality and environmental standards,” he said.

“Rather than driving a ‘green housing revolution’, the government’s plans to allow the demolition and replacement of industrial and commercial property with housing under permitted development would make it easier to build the slums of the future.”

Announcing the proposals today, housing secretary Robert Jenrick said developers would be able to demolish vacant commercial, industrial and residential buildings and replace them with what he called “well-designed homes” without getting delayed in a lengthy planning process.

Industry figures and politicians have warned for some time that bypassing the planning system for such homes often resulted in accommodation which was potentially unsafe and did not meet minimum space standards.

But Jenrick said the proposed reforms were designed to ensure that everyone had access to affordable, safe, quality housing.

Claiming the plans were a move back to a “first principles” rethink of the planning, Jenrick added: “We must think boldly and creatively about the planning system to make it fit for the future, and this is just the first step, so we can deliver the homes communities need and help more young people onto the ladder.”