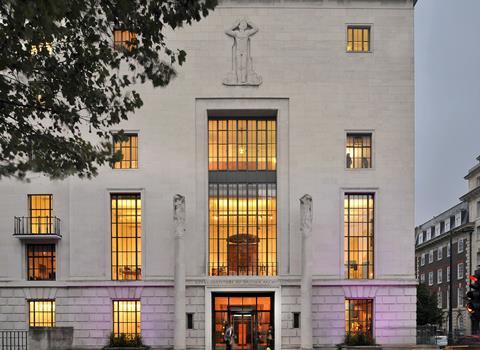 The RIBA has been forced to pay for the services of two barristers in an effort to end the damaging civil war that has been raging in the institution.

The two QCs have been instructed on the RIBA’s behalf by City law firm Browne Jacobson in response to hundreds of pages of complaints submitted by former honorary secretary Kerr Robertson.

His complaints relate to the chief executive, Alan Vallance, the new board and its chairman, Jack Pringle, and other members of the institute’s staff.

The QCs’ appointment – to advise and investigate – was disclosed by Pringle in a lengthy email sent to all 50 members of the institute’s governing council yesterday and seen by Building Design.

In it he gives the most detailed account yet of the events of the past 17 months since president Alan Jones first raised concerns about Vallance’s performance in February 2020 and, the following month, details of Jones’ relationship with a woman were leaked to the press.

Pringle began his email by saying he hoped it would usher in a new era of “engagement and transparency”. The RIBA has long been criticised for its lack of openness.

He said the institute had been through a “unique and challenging” period with the infighting, the pandemic and significant organisational and constitutional reform unfolding in parallel.

He claimed “much had been achieved” in that time, adding: “We have agreed a strategic masterplan, committee and organisational restructure, have a clear vision for the way ahead and through the sale of NBS have the resources to achieve that vision.”

But he admitted council and the wider membership should have been kept better informed about the RIBA’s decision-making and acknowledged recent events had been “understandably generating queries”.

Last week Alan Jones resigned from the board after it voted to begin negotiations to extend Vallance’s contract. It also emerged the leak about his private life had come shortly after he had made a complaint about Vallance.

Pringle’s email confirms that Jones and the RIBA were the victims of what it calls “a ‘blackmail’ attempt” relating to Jones’ extra-marital relationship and that both the Charity Commission and police were informed in March 2020. The commission continues to keep a watching brief on the institute’s management of the case while the police took no action.

An investigation into Jones’ conduct by Browne Jacobson last spring found no gross wrongdoing, while a separate investigation into the leak failed to identify the source. The audit concluded that the RIBA needed to tighten up its digital security, something Pringle said it had done.

Meanwhile after Robertson’s tenure as honorary secretary ended at the end of August 2020 the former board member submitted complaints against the new board, members of staff and Vallance running to 400 pages. Pringle said central to Robertson’s complaint was the role of council in holding the board to account under the new structure.

Some of his complaints were dismissed and some were referred to the RIBA’s staff disciplinary procedures. In the autumn of 2020 Browne Jacobson was asked to instruct a barrister to carry out an independent review into the other matters. Reporting in February this year, the barrister found none of the complaints to be valid but ruled that the leak should have been reported to the Information Commissioner’s Office faster.

“To address the multitude and complexity of these complaints against board and council members, the council and board formed the Council Board Advisory Group (CBAG), chaired by Jonathan Rees, chair of the Standards Committee, and agreed its terms of reference on 20 July 2021,” wrote Pringle. “CBAG is being advised by QC#1 [the first barrister, appointed last year] and has also appointed QC#2 to carry out the independent investigation.”

Pringle said the board believed it had treated everyone properly and fairly and that the institute had commissioned six independent investigations. He said Vallance has “robustly defended the complaints”.

He added: “It is now time to conduct the final investigations, commissioned by council and board, into the outstanding matters, deal with the results and move on.”

Robertson told Building Design that council should be asking why the investigations have taken so long.

Pringle said the board would update council “when a conclusion is reached. It is anticipated that this will be in September 2021”.

He has offered to meet with every member of council individually to answer their concerns.