Analysis: What on earth is happening at the RIBA?

Many have tried to change it; many have come away bruised. Some even question its purpose. As Simon Allford prepares to take the reins, Elizabeth Hopkirk asks whether he stands a chance of getting the institute back on course 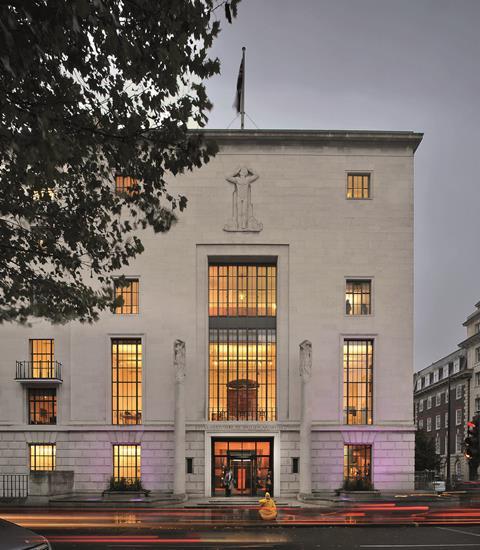 The RIBA’s headquarters at 66 Portland Place

Shortly before sunset on a chilly March evening last year, a privy counsellor passed through the gates of Buckingham Palace brandishing a bundle of papers to be approved by the Queen. Among them was an application to amend the RIBA’s royal charter, a request only granted four times in the 183 years since William IV conferred the crown’s prestige on the institute.

It was an archaic formality, though a legal necessity, and it represented – RIBA insiders hoped – the last step on a long journey to reform. That night they could have been forgiven for thinking they had successfully steered the stubborn beast to the dawn of a new, modern age.

Yet privately some might have felt an uneasy sense of foreboding. That day supermarkets had begun rationing food in the face of shelf-emptying panic and within a week the prime minister would order schools to close and the over-70s – the monarch included – to hunker down.