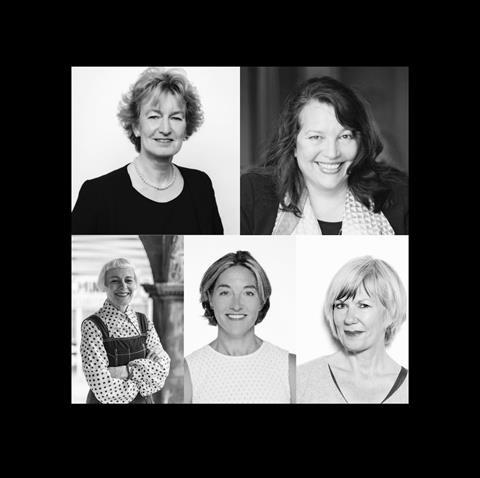 The Stirling Prize winner and Building Design’s Female Architectural Leader was honoured for her work championing design quality, especially in infrastructure projects, within government and among other key clients.

Former Cabe director Pam Alexander, who sits on the board of the London Legacy Development Corporation and advises Grimshaw on gender diversity, also receives the lifetime honour, along with former Southbank Centre artistic director Jude Kelly.

Yolande Barnes, the former Savills research director who is now a professor at the Bartlett, and artist Morag Myerscough complete the list.

The awards, which allow recipients to use the initials Hon FRIBA after their name, are awarded to people who are not architects but who have made a significant contribution to architecture. They recognise individuals from diverse backgrounds including property, infrastructure and the arts as well as design.

This year is the first time a women-only line-up has been selected.