The NEC is set to host badminton, boxing, table tennis, netball and weightlifting

Populous’ plans to increase the capacity of a Birmingham arena that is set to host a number of sports during the 2022 Commonwealth Games have been submitted to Solihull council.

NEC Group is hoping to get the go-ahead for the proposals to grow the capacity at the Resorts World Arena by around 6,000 in the lead up to the Games.

The NEC is set to host badminton, boxing, table tennis, netball and weightlifting at the event that will run from 27 July to 7 August 2022. 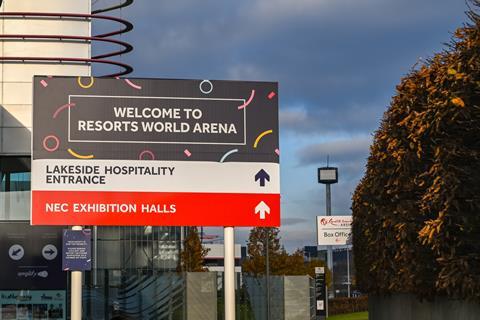 Populous, who was also the architect behind Tottenham’s new stadium, is proposing to remove the existing arena roof structure and replace it with a higher, larger volume roof.

This will allow for a new upper tier of seating to bring capacity to around 21,600 with new hospitality facilities, concourse, entrances and exits. The current capacity is 15,685.

Other firms who are part of the arena’s expansion design team include Arup, RLB and Mott Macdonald.

The application said: “The core objective of the expansion project is to maintain the successful brand of the Resorts World Arena, continue to be positioned in the top five of UK venues, and to be a flagship venue for the 2022 Birmingham Commonwealth Games.”

The application also said the proposals would be built in a way that would minimise closure of the arena.

The arena under went a £28m refurbishment designed by DLA Design that was completed by GF Tomilinson in 2009. Mace was the project manager on the renovation. 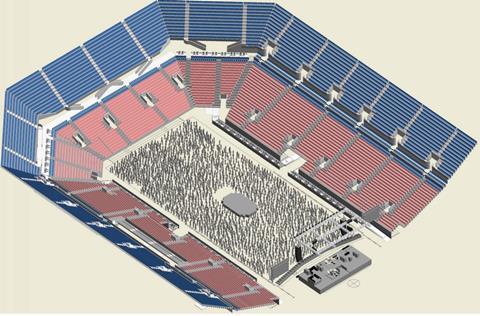 An illustration of how capacity will be increased