‘No delays or excuses’ – Allford demands government action after COP

The UK must introduce a national retrofit strategy as a matter of urgency, the new RIBA president said at the conclusion of COP26.

Simon Allford, who was in Glasgow for the climate summit, also called on the government to toughen up the Future Homes and Future Buildings Standards which were announced at the start of this year and immediately criticised for their lack of ambition. 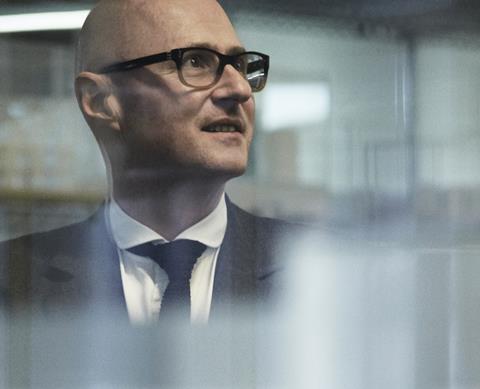 He said: “Despite the disappointing weakening of language around the phasing out of coal and fossil fuel subsidies, this pact safeguards the target of limiting global warming to 1.5C, and makes it just about achievable. Importantly, the pact also requires governments to ‘revisit and strengthen’ their 2030 targets by the end of next year – we must welcome that.

“But ultimately, these are words on paper. It’s what happens next that really matters.

“We must reduce built environment carbon emissions. That means mandating countries to include building energy codes as part of their Nationally Determined Contributions (NDCs) – and, for that small minority of countries that already have them – ensuring figures align with net zero and science-based targets.

>> From the archive: Explainer: Five things you need to know about the Future Homes Standard

>> From the archive: Explainer: How the proposed Future Buildings Standard will affect the way you design

“In the UK, we’ve got to make the Future Homes and Buildings Standards more ambitious – this includes setting actual energy and embodied carbon targets, and introducing a National Retrofit Strategy to improve the energy efficiency of our existing homes. There can be no delays or excuses.

“The pact leaves the door open to limit global warming to 1.5C, but without meaningful action, it won’t remain open for long.”