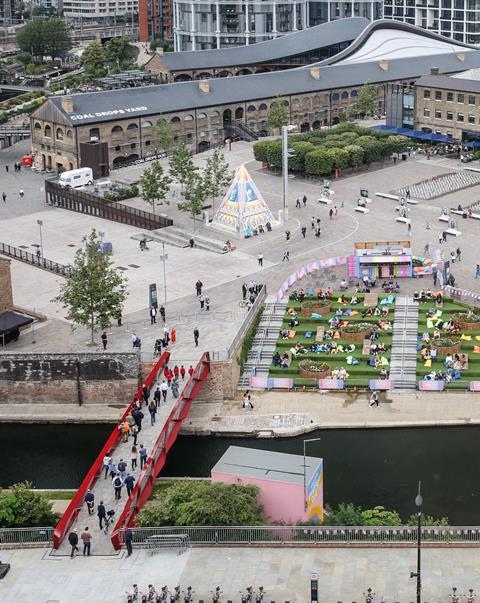 The Moxon Architects-designed bridge has opened to the public

A new Moxon Architects-designed bridge in King’s Cross has opened to the public.

The name, which means ‘hope’ in French, was chosen as a symbol of positivity following a year of hardship because of the pandemic.

Moxon Architects said the red painted structure has been inspired by the area’s industrial past. 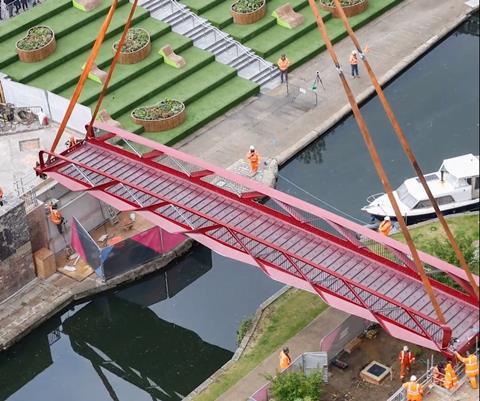 The bridge being lifted into place. Its red colour was inspired by a lost bridge in the same place which was built in 1821.

Designed with Arup and fabricated by Yorkshire-based firm SH Structures, it takes its bold colour scheme from a lost bridge dating from 1821 which formerly spanned the same stretch of the canal.

King’s Cross Estate chief executive Robert Evans said the opening of the bridge was a  “special moment” for the area and “one of the final pieces of the public realm jigsaw”. 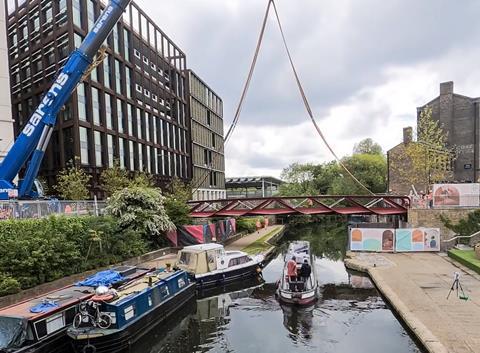 Moxon managing director Ben Addy said it was an “absolute joy” to see the “expressive and sculptural, innovative and delightful” bridge realised.

It is the practice’s second bridge in King’s Cross after the black-painted Somers Town Bridge about 150m further up the canal to the north west.

Meanwhile, Knight Architects has lodged plans for a new footbridge in London’s Docklands.

Known as South Dock Bridge, it has been designed in anticipation of a predicted expansion of the Isle of Dogs’ population and is expected to become one of the busiest pedestrian bridges in London if built. 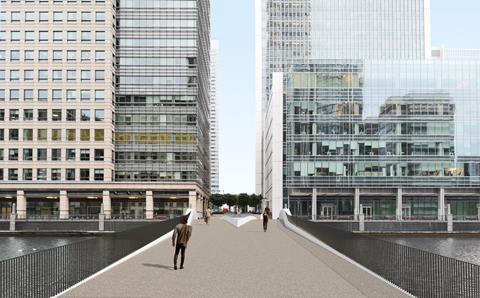 The 70m long bridge would cross South Dock, which separates the southern part of the Isle of Dogs from the skyscrapers of Canary Wharf, and includes a section which can be tilted upwards to create a 25m channel for the passage of ships. 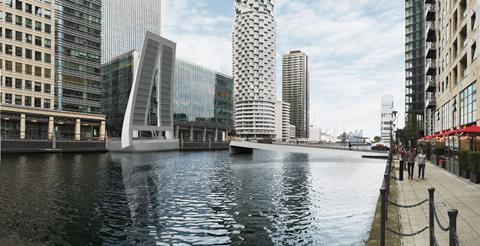