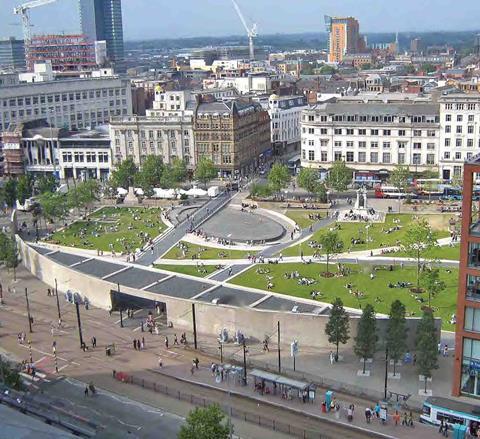 Manchester council has launched an international design competition to redevelop Piccadilly Gardens, the square in the heart of the city centre

Manchester City Council has announced plans to launch an international design competition for a £25m redevelopment of Piccadilly Gardens.

Urban design and landscape teams will be invited to submit ideas for the 10-acre space in the heart of Manchester city centre when the three-stage competition opens on September 1.

The council said it wants to create a “world class” public space with a strong sense of identity that is welcoming and “uniquely Mancunian”.

The site will include the streets which run alongside the square and New York Street, which runs parallel to the square’s south-west side behind the 30-storey City Tower.

Initial thinking about how the area will be used has been informed by a consultation with local people, businesses and organisations earlier this year which attracted more than 1,700 responses. 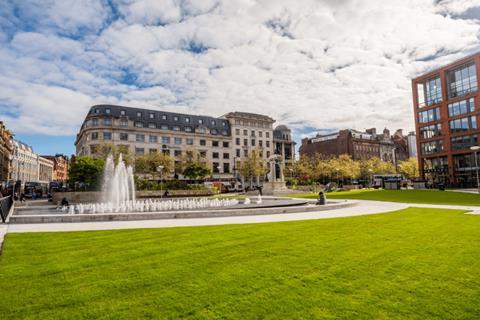 In a prior information notice for the competition published last week, the council said that it was important to the people of Manchester to have a green space in the city centre.

But it added that any planting would need to allow the space to stay flexible to accommodate the tens of thousands of people who walk through the square each day.

A spokesperson for the council said that proposals to turn Tadao Ando’s concrete pavilion into a green wall was a “popular option” with local people.

The controversial one-storey pavilion, the Japanese architect’s only UK building, was built in the gardens in 2002 as part of a redevelopment following the 1996 IRA bombing of the city centre. 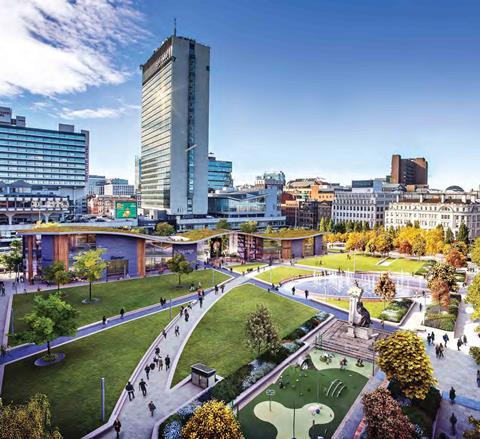 Proposals by architect Urban Edge and landscape practice LDA to demolish the pavilion and replace it with a two-storey restaurant building in 2017 were scrapped after Legal & General, the pavilion’s owner, said they were unviable.

But a free-standing concrete wall which is part of the pavilion but owned by the council has already been demolished, a move which the council’s spokesperson said was a “no brainer”. 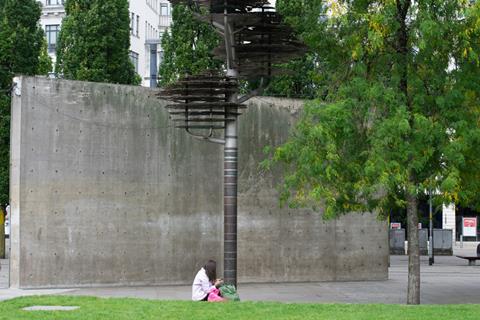 The spokesman said that another part of the early 2000s redevelopment, a fountain designed by landscape architect Edaw (now part of Aecom), could also be removed or replaced.

He said the council was ”open minded” about the fountains and will provide more details about what will be in and out of scope when the contract notice for the competition is published next month.

The council also hopes to remove the bus station that sits between the pavilion and City Tower if “improved alternatives” can be found, which would add a significant amount of new space to the south side of the square. 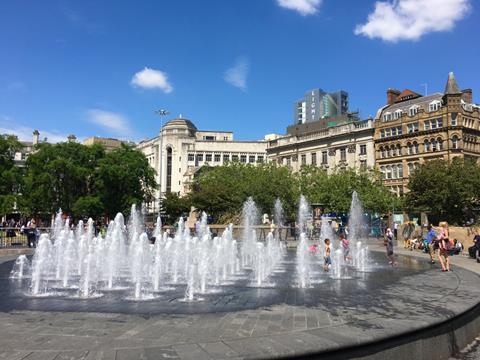 A spokesman said the council was ‘open minded’ about removing or replacing the gardens’ fountains, which were designed by landscape architect Edaw

But it confirmed that tramlines along the western side of the square and listed monuments including a statue of Queen Victoria would need to be retained.

Manchester council leader Richard Leese said Piccadilly Gardens had the potential to become an “outstanding” open space in the heart of Manchester which befits the city’s international status.

He said: “We recognise that it needs to be transformed to ensure that it can realise its potential as a welcoming and flexible space.”

He added that he wanted to create a space that people are talking about “for all the right reasons”.

The reputation of the area has deteriorated in recent years with it becoming notorious for drug abuse, rough sleeping and crime, with one restaurant owner describing the square last year as a “warzone”.

The square is currently home to a 42m-long horizontal sculpture of Big Ben covered in 12,000 books on politics wrapped beneath a layer of plastic.

The artwork, which was designed by Argentine artist Mart Minujin for the city’s international arts festival, is a response to the city’s conflicts with Westminster over covid-19 restrictions. 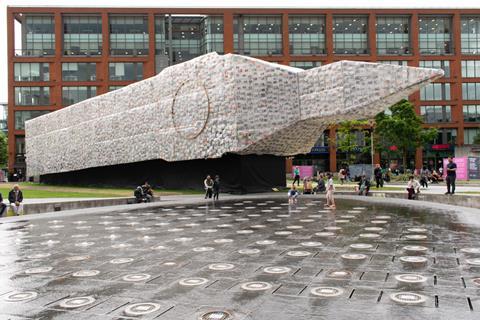