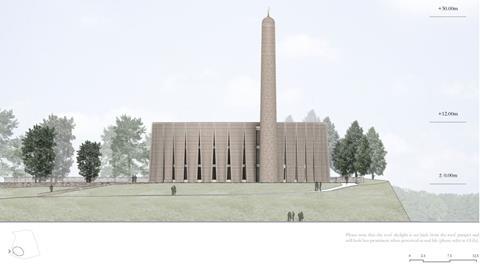 Luca Poian Forms’ winning design for a mosque in Preston has been recommended for planning consent by local council officers.

The London practice won a RIBA-backed international competition in September last year and is planning an oval-shaped, three-storey building with a flat roof, including a minaret, for the rural site.

Preston’s planning committee will decide on the outline planning application at a meeting on Thursday next week. Officers said while the proposed development did not comply with the local plan policy, due to the loss of open countryside, there were “public benefits of the proposal that have been identified that would outweight the less than substantial harm to the setting of the grade II listed building, the Parish Church of St John the Baptist”. 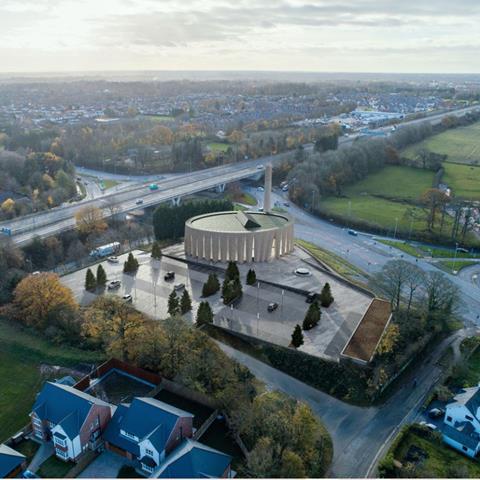 How the Preston mosque will look from the air

It noted that the design had won an international RIBA competition on merit and “can be considered to be of innovative design due to its positive influence from and response to the local history, culture and heritage of Preston”.

The planning report stated that the proposed building was “unique in drawing together Islamic tradition with a modern twist on Victorian mill design”.

The £5m mosque would also use materials and technology that would minimise environmental impact, the officers concluded.

The main structure of the building will be covered in a brick skin that would appear as a “brick veil”, which is the name proposed for the mosque, that will be situated to the south of D’Urton Lane. 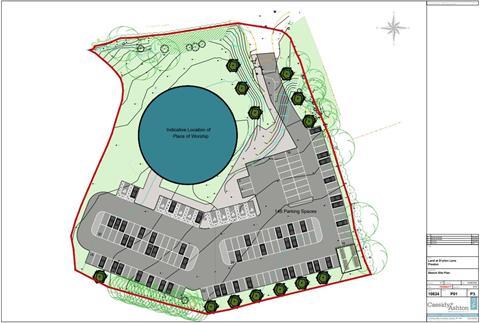