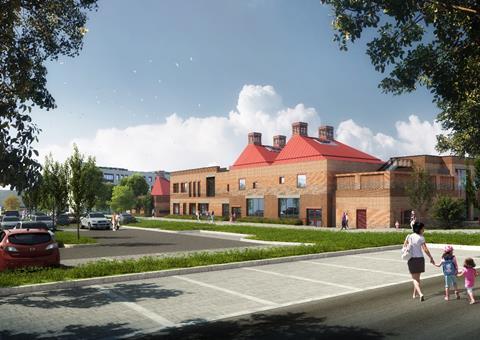 Lee Evans Partnership has been given the green light for a new education campus in Ebbsfleet Garden City, Kent.

Occupying an 11.1ha site, the 2,200-place Alkerden CoE Academy campus will be one of Kent’s largest educational facilities.

The proposals for landowner and developer Henley Camland will see a nursery, primary school and secondary school built at the emerging town, which is situated on former industrial land by the Thames estuary. 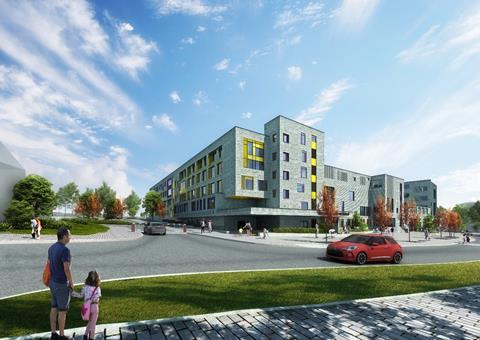 The scheme will include a nursery, primary and secondary schools

The scheme also includes a community sports centre with outdoor pitches, a sports hall, a dance studio, fitness suite and cafe with enough space to support 500 visitors at any one time. 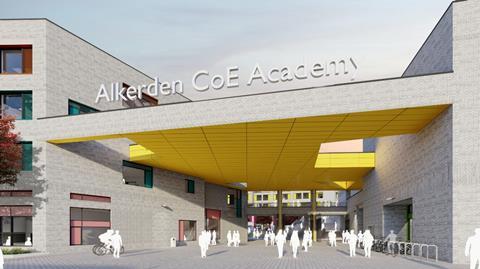 The planning officer’s report described the designs as ‘exemplary’

It added that it “balances the security and safeguarding needs of a modern school with the ambition to use the buildings to open up visual connections with the community and frame surrounding streets”.

Last month, architect BPTW was given the go-ahead for 532-home plans to build a series of terraced houses and apartment blocks in Ebbsfleet Garden City. 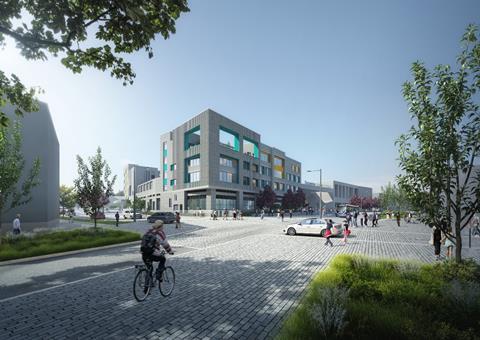 The campus will also include a huge sports centre

The school, which required the flattening of the school’s former art deco premises which were built in the early 1950s, was part of the government’s £4.4bn Priority Schools Building Programme 2.