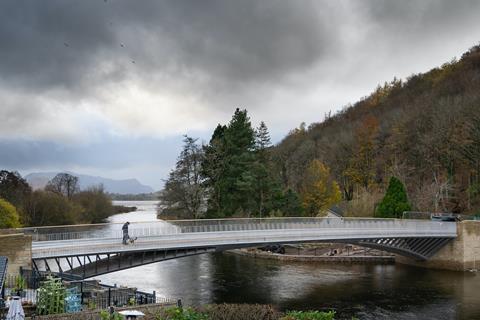 The UK’s first stainless steel road bridge has opened in the Lakeland village of Pooley Bridge, designed by Knight Architects.

The 40m open-spandrel crossing replaces an 18th-century listed stone bridge over the River Eamont which was destroyed by floods caused by Storm Desmond five years ago.

A temporary bailey bridge was installed after the catastrophe because the route was a critical link for residents and tourists in the Lake District, but the new bridge has been welcomed by relieved locals.

Knight’s head of design, Héctor Beade Pereda, said the practice could not have designed the bridge without local input. 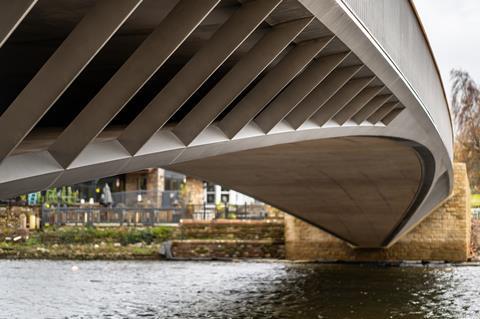 “We listened and took all of the feedback on board. It was not an easy task,” he said. “Understandably, emotions ran high and by the end of the consultation period, the resounding conclusion was that the community wanted a bridge that was ‘modern, but not too modern’.” 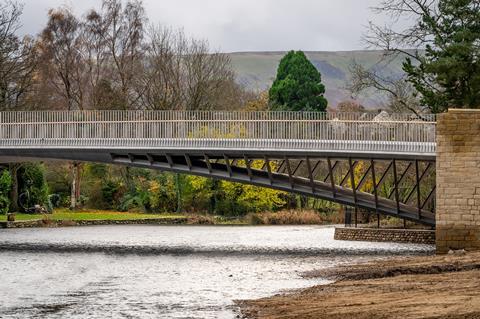 He described the result as “a perfect balance between resilience, beauty and respect for the surroundings”. The community’s pride was evident in the merchandise already available and the demand for “personalised pavers”, he added. 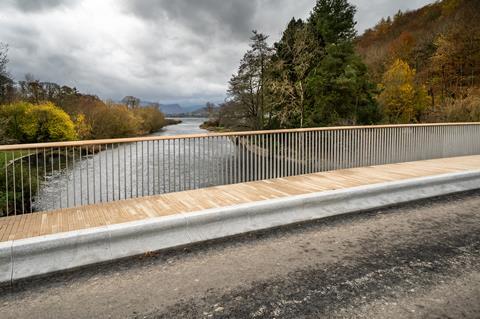 The single carriageway bridge, with twin pedestrian walkways, varies in width between 7.5m and 9.5m at the centre. 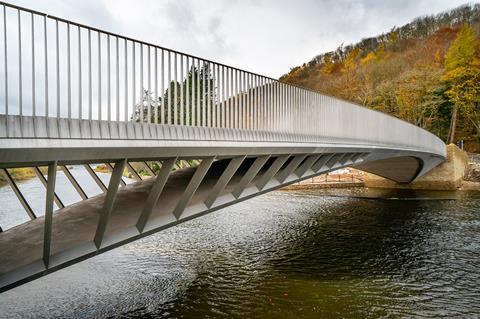 It was designed with a single span to avoid the need for piers in the river which could be threatened by a future flood. Its 1764 predecessor had three stone arches. 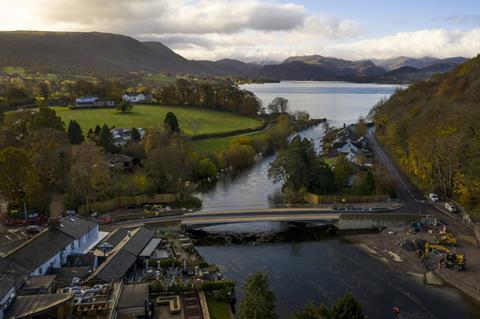 The single composite flat arch is formed in stainless-steel and high-strength concrete. Its open spandrels allow views along the river while a timber and steel handrail provides a comfortable place from which to gaze over Ullswater and the mountains. 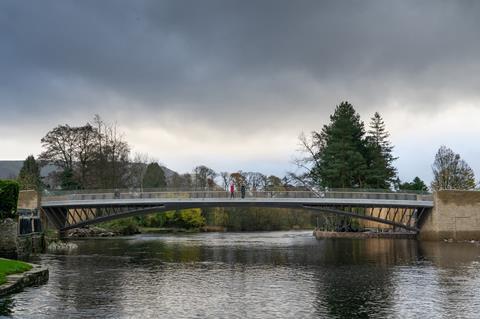 The project, for Cumbria County Council, is the flagship project of the authority’s £120m infrastructure recovery programme which has involved more than 1,200 schemes following the devastation caused by Storm Desmond in 2015. 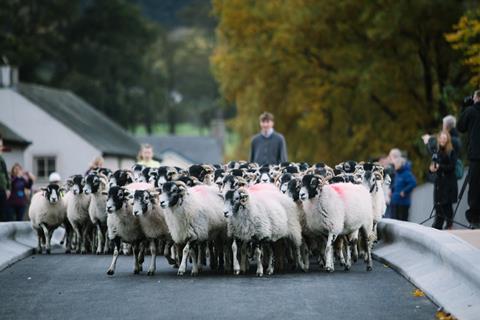 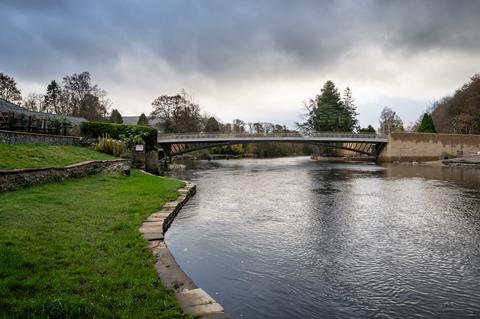 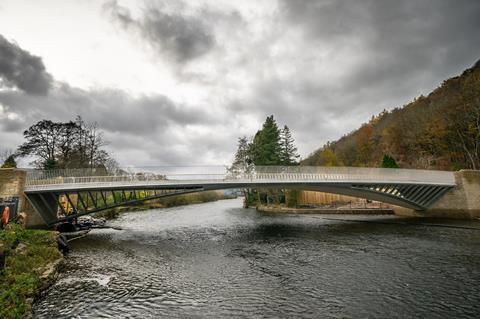 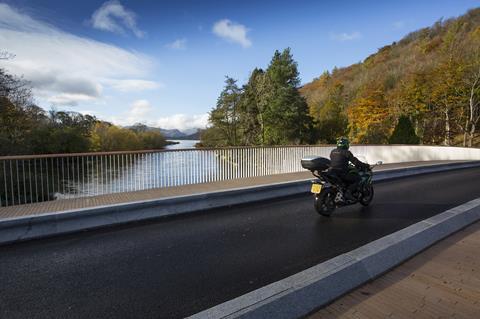