160-seat theatre is a temporary facility 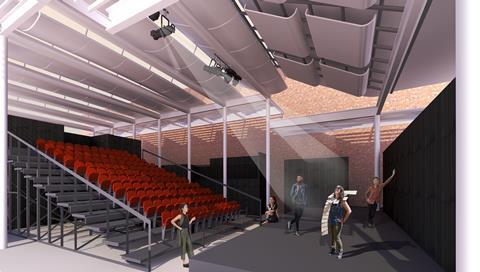 Keith Williams Architects’ plans for a new 160-seat temporary theatre on a site adjoining the Wolverhampton Grand Theatre on Lichfield Street in the city centre has been given the go-ahead.

Williams’ scheme will replace a long-redundant 1960s post office building with a new studio-style theatre, bars and public spaces. They were given the all-clear by the city council last week.

The new theatre will be inserted between two historic buildings – the Grand Theatre and the listed Grand Post House, the city’s former post office and sorting centre – to create a new semi-outdoor arts space in the city centre. 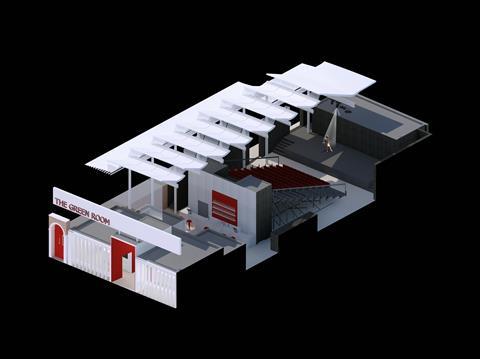 The project is intended to expand the Grand Theatre’s versatility and artistic programme to reach new audiences and is the first phase of the creation of a permanent arts hub on the same site.

Wolverhampton Grand Theatre, which was designed by the architect Charles Phipps, opened in 1894 and is the city’s principal theatre centred on a three-tier main auditorium of 1,200 seats.

Williams told BD they would probably use specialist fabricators to build it. "Its componentised nature means it makes sense for it to come on site as a kit of parts," he said.

"The idea is parts can be reused or the whole thing could eventually be re-erected elsewhere."

The theatre is expected to start on site this year and to be operational for a few years. 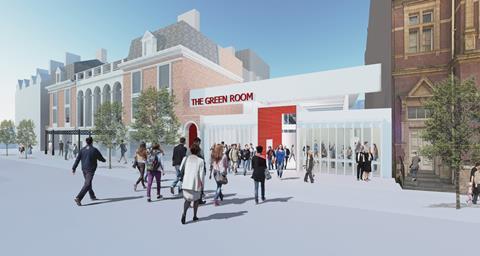