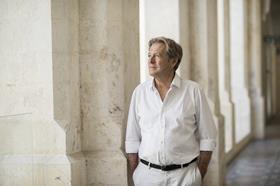 John Pawson has been awarded a CBE for services to design and architecture in this year’s honours list.

Pawson (pictured), whose practice is based in London, designed the interior of the new Design Museum, which opened in the former Commonwealth Institute building in 2016 and the Life House, Living Architecture’s first holiday home in Wales, which opened the same year.

Last year he completed the 10-year conversion of a 19th-century neo-classical monastery in Jaffa, Israel, into a hotel.

Elsewhere in the 2018 honour’s list Ian Blatchford, director of the Science Museum Group - a significant architectural patron - was knighted and Alison Nimmo, chief executive of the Crown Estate was made a dame.

Sharon Granville, executive director of the Museum of Liverpool, the client on 3XN’s museum, was made an MBE.

John Wood, chairman of Tolent Construction, has also received a CBE for services to the building and civil engineering industry.

Wood, who has been chairman since 2016, founded the £178m-tunover company in 1983 after working for Wimpey and Balfour Beatty.

Abolade Abisogun, chief executive of Urbanist, was made an OBE for services to diversity and young people in the construction industry.

Also in receipt of OBEs were Chris Harrop, marketing director and director of sustainability at paving specialist Marshalls, for services to the prevention of modern slavery and exploitation; and Robert Skilling, a clerk of works for services to the Foreign and Commonwealth Office.

Katherine Stead, regional chair for Yorkshire and Humber at the Construction Industry Council and Principal at Stead & Co, also received an OBE, as did Jennifer Schooling , director at the Centre for Smart Infrastructure and Construction, University of Cambridge.

James Richardson, chief economist at the National Infrastructure Commission, received an Order of the Bath for public service.