Stephen Lawrence Trust chief executive among others honoured by Queen

The chief executive of Maggie’s cancer care centres and the woman who led the restoration of Wentworth Woodhouse have been made dames in the Queen’s birthday honours.

Laura Lee, a former cancer nurse, set up Maggie’s with a patient, the late Maggie Keswick Jencks and her husband Charles Jencks, in 1995 and has commissioned a string of world-famous architects including Zaha Hadid and Rem Koolhaas to design 20 centres at hospitals across the country. Rogers Stirk Harbour’s west London centre won the Stirling Prize in 2009. 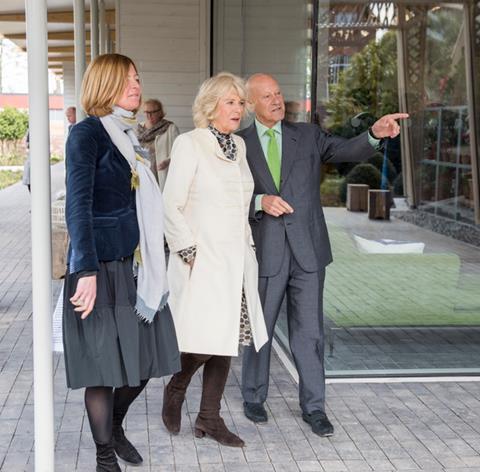 Julie Kenny, who also received a damehood, is the unpaid chair of the Wentworth Woodhouse Preservation Trust. The grade I-listed Georgian mansion near Rotherham, described as England’s largest privately owned home and having the longest façade of any country house in Europe, had fallen into disrepair.

Kenny spearheaded the campaign to rescue it, appointing Donald Insall Associates to oversee a programme of conservation repair after chancellor Philip Hammond gave it £7.6m.

Kenny, who left school at 18 and was her younger brother’s carer from the age of 10, became a successful businesswoman.

She told the Yorkshire Post what triggered her determination to save the building: “I remember the first time I saw the house and feeling so in awe of this majestic building. I could not believe we had something so beautiful here in Rotherham, a property rivalling the greatest houses in the UK - a real jewel.

“I learned of the neglect and trauma the house had gone through, its current poor state of repair and that there would be enormous costs to preserve and restore it. But I saw that it could play a major role as an economic regenerator for the region.

“It was probably the hardest challenge I have ever faced. Many people said to me was impossible. Many times, when talking to individuals about the task, I saw in their eyes that they thought it could not be achieved. My view is that nothing is impossible with time and energy and belief.”

Other honours went to Sonia Watson, chief executive of the Stephen Lawrence Charitable Trust, who received an OBE for services to diversity in architecture.

And a CBE went to Michael Galloway, former executive director of Dundee council’s city development department for services to architecture and city regeneration. He was recognised for kickstarting Dundee’s regeneration in the 1990s, with the waterfront and Kengo Kuma’s V&A Dundee among his achievements.