Kent wetlands HQ will be ‘a 21st-century Bournville’ 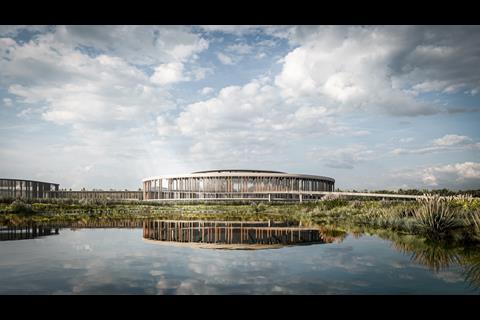 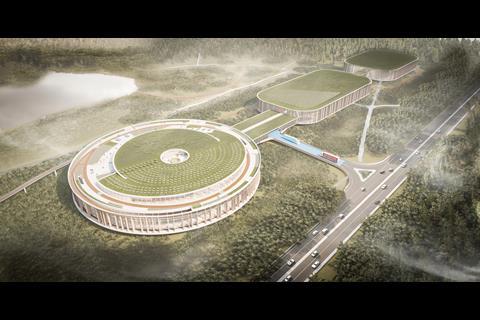 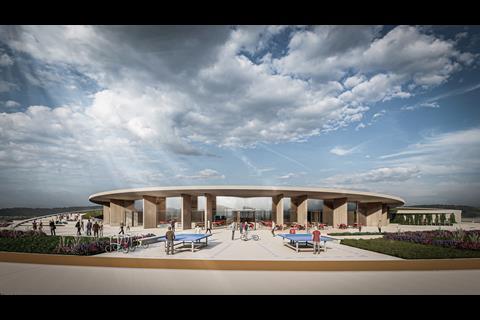 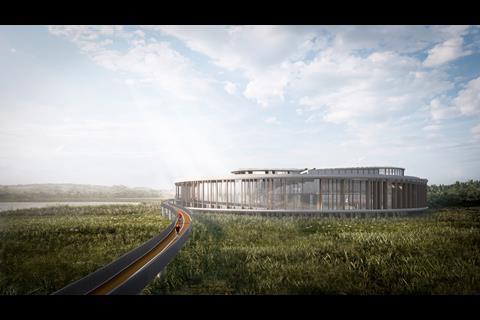 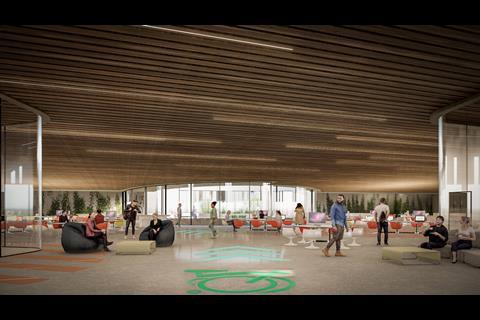 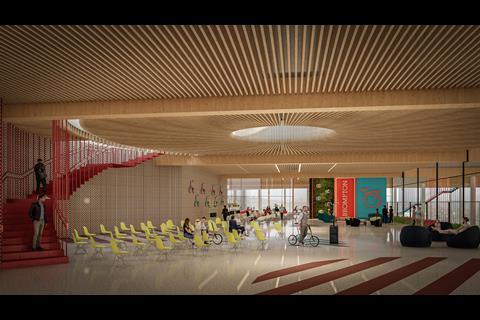 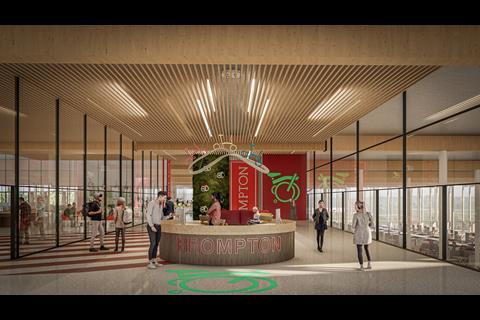 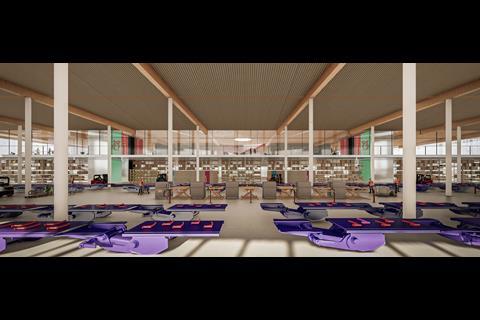 Hollaway Studio has been appointed to create a new headquarters and factory for Brompton Bikes on a 100-acre wetlands site near Ashford in Kent.

The circular building will be positioned on stilts 2.2m above the flood plain which will be turned into a nature reserve open to the public.

Cyclists will be allowed in the nature reserve and also in the new building. No new parking spaces will be created, with staff encouraged to arrive by public transport or bike.

A wide cycle path will act as the main artery both around and weaving through the building, allowing staff and visitors to cycle straight in and up to the roof where there will be a museum.

An internal street will link the elements of the four-phase project which will house designers and creators as well as a manufacturing facility.

Will Butler-Adams, founder and chief executive of the UK’s largest bicycle manufacturer, said the new building would be a “revolutionary and sustainable bicycle factory of the future”.

He described it as a “true 21st-century Bournville”, adding: “The factory will merge the public and private domains of industry through permitting the public to view not only how Brompton bikes are manufactured but to reveal and educate how industry works - a rarity in such settings and something that will position it firmly within the community.”

Guy Hollaway, principal partner at Hollaway Studio, said the challenge had been to rethink both the concept of a factory while creating a symbiotic relationship between industry and nature.

He said the building would appear to float above the wetlands, allowing water levels to rise and fall throughout the year. A reinforced floorplate would be supported by foundation piles which would also draw heat from the ground.

“This ambitious project is truly ground-breaking in its approach and aspires to act as an exemplar to demonstrate how industry can embrace sustainable methods of transport and create an architecture that reflects the ethos of Brompton bicycles,” added Hollaway.

The new HQ will be submitted for planning in April with completion due by 2027.

Brompton’s current factory in Greenford, west London, will continue to operate until at least 2030, the firm said.