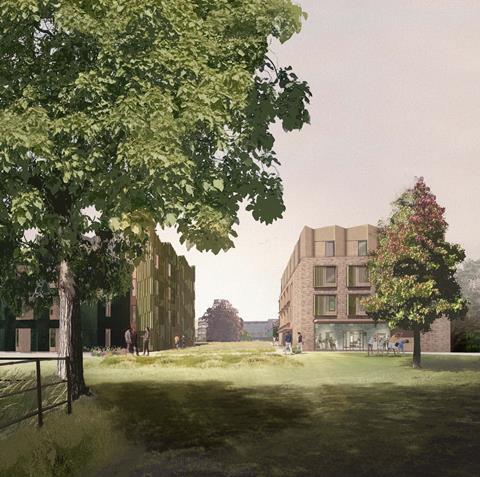 Design Engine has been given the green light for a 72-bedroom student accommodation scheme at St Hilda’s College, Oxford despite objections over its impact on a listed meadow.

Design Engine was appointed in 2019 to draw up proposals to expand undergraduate accommodation on the site, which neighbours Oxford Botanic Garden and the grade I-listed Christ Church Meadow.

The practice said it was tasked with developing plans which “respect and enhance the grounds of the college and its stunning location on the banks of the River Cherwell”.

But Christ Church College and the Oxfordshire Architectural and Historical Society said the scheme had been “driven by a desire to create a certain number of student rooms with little or no consideration or sympathy for the way they will be seen from Christ Church Meadow”. 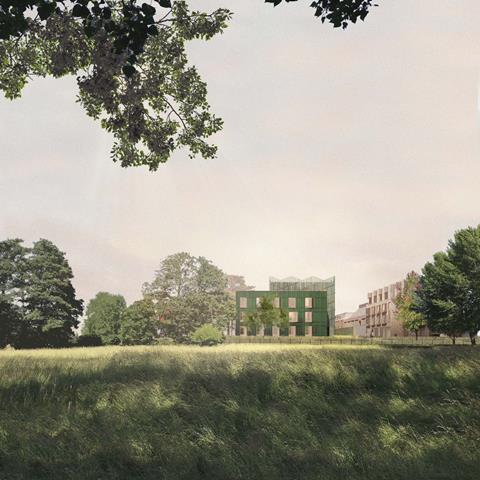 The scheme is opposite the grade I-listed Christ Church Meadow

In a summary of the objections in the planning officer’s report, the proposals were described as “large, unarticulated blocks whose height and massing sits uncomfortably within the sensitive landscape”.

The new Principal’s Lodgings, which will be smaller than the existing building, was described as featuring an “intrusive” chimney and being a “very poor replacement” for the original building, which was designed by Albert Richardson.

Plans to flatten the building were also said to have given “no proper consideration of the embodied carbon in the existing lodgings, nor of the true carbon and energy cost of demolition and of building from scratch”. 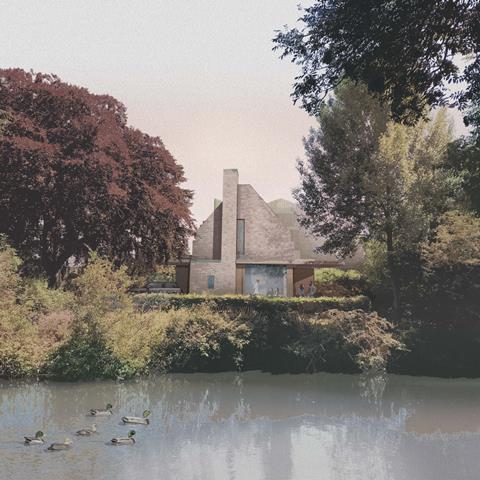 However, Design Engine said the new blocks each respond sensitively to the landscape and maintain space and views between them, and have been designed to passivhaus standards.

It added that heat recovery systems had been included, while the structural frame of the student accommodation buildings will be cross-laminated timber. 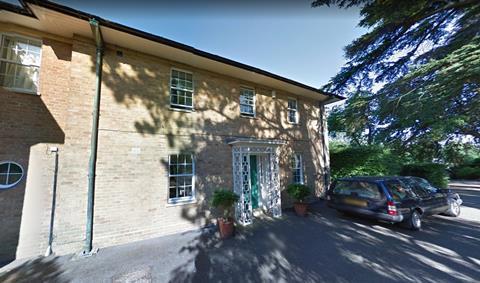 The existing principal’s lodgings, which Historic England said did not merit listing

St Hilda’s College head of buildings and projects Neil Hyatt said the buildings were “set in our bucolic gardens and riverside location in a way that enhances the experience both of our immediate gardens and grounds and the wider landscape”.

Consideration of the planning application had been delayed by a listing application for the principal’s lodgings sent to Historic England, but the adviser decided the building did not merit listing.

Historic England also said it had no objection to the wider scheme on heritage grounds, and that the new blocks would not harm the adjacent listed meadow or the botanical garden.

The planning officer concluded that the proposals would result in a “high quality scheme that appropriately responds to its setting” and would “result in public benefits that would outweigh any harm to heritage assets”.

St Hilda’s College was founded in 1893 as a hall for women and was the last single-sex college at the University of Oxford before it started admitting male students in 2008. 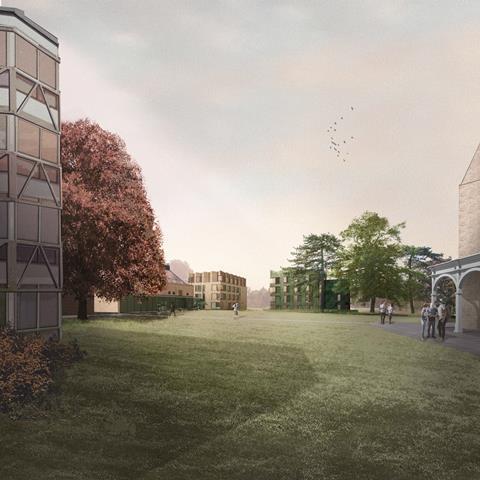 The scheme will provide 72 student bedrooms