Policy to improve 50,000 homes branded ’not enough’ to tackle problem

Government plans to spend more than £500m on a green upgrade of 50,000 social homes have been described as “simply not enough” by architects, a day after MPs branded the government’s previous retrofit scheme “disastrous”. 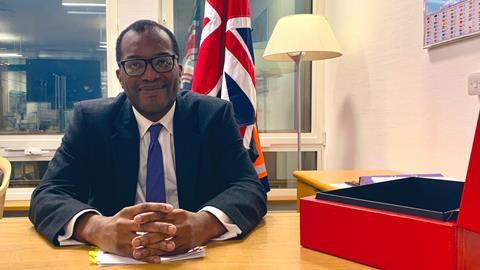 The scheme will see measures such as cavity wall, underfloor and loft insulation, and replacing gas boilers with low carbon alternatives like heat pumps those rolled out, with solar panels also offered to many residents.

The funding comes after the government last year spent £50m on a pilot project to improve the energy efficiency of social housing stock.

However, it also follows the bungled implementation of the £2bn Green Homes Grant scheme designed to improve the energy efficiency of privately-owned homes, which the environmental audit committee yesterday branded “disastrous”.

The funding announced yesterday will see improvements made to just 50,000 homes, which the government says will create 8,000 jobs.

Alan Jones, president of the RIBA, said he was pleased to see the government prioritising the improvements to homes of lower income people but said the policy “seriously underplays the scale of the problem” and was “simply not enough” funding.

He added: “We need an adequately funded National Retrofit Strategy. The government must go further and faster to save our shameful housing stock.”

Launching the policy, Pincher said the investment would cut 70,000 tonnes of carbon emissions each year.

Grants under the scheme include £19.4m for Kensington & Chelsea council, which it said it would spend it on upgrading 535 homes on the Lancaster West estate, the location of Grenfell Tower, where 72 people lost their lives in the 2017 disaster.

The scheme will see £500m spent under the Local Authority component of the Green Homes Grant scheme, with a further £62m from a specific fund – the Social Housing Decarbonisation Fund Demonstrator – to be used to explore innovative ways to deliver “deep retrofits” for social housing.