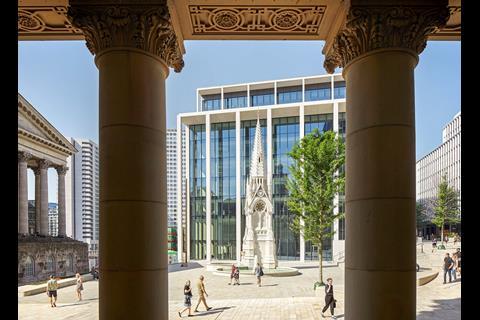 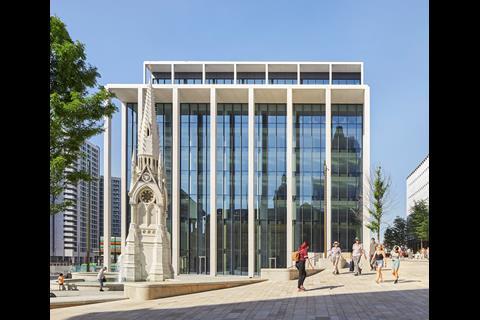 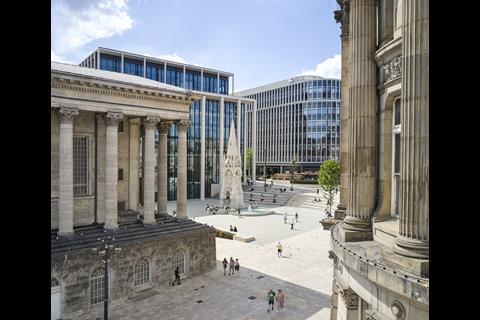 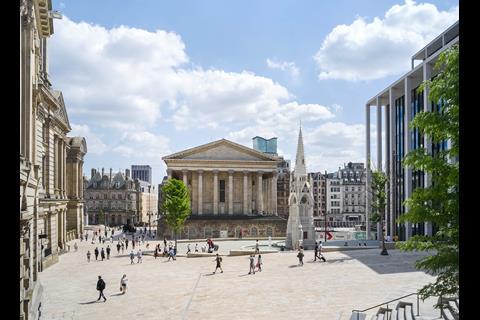 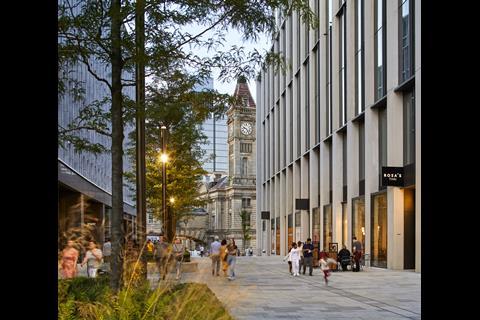 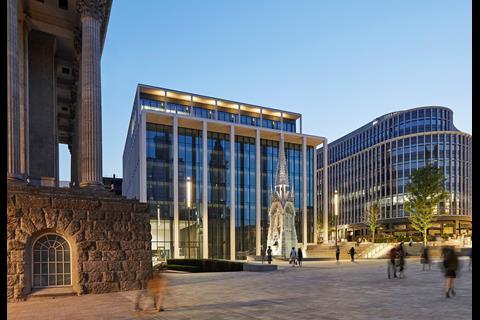 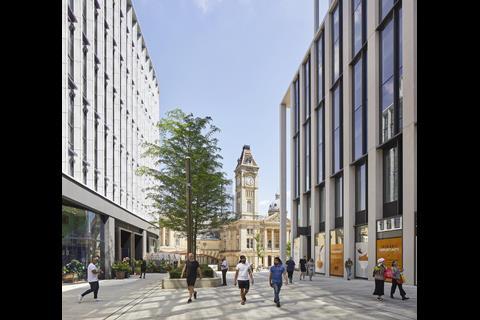 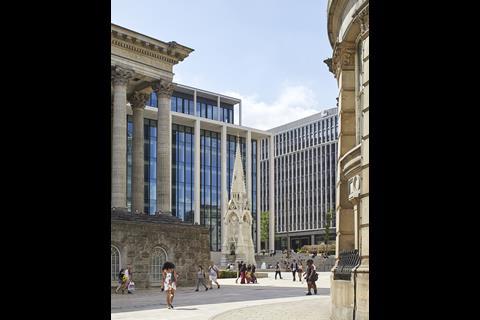 It joins One Chamberlain Square by Eric Parry which was handed over this spring.

The square forms the civic heart of Birmingham, with the listed town hall and art gallery arranged around the Chamberlain Memorial fountain, erected in honour of a local politician in 1880.

Glenn Howells’ Breeam Excellent office is an eight-storey glazed building with vertical masonry columns on a 3m grid supporting a 27m-high portico. The ground floor will contain retail and cafes.

“Despite being different to its historic neighbours, Two Chamberlain Square is influenced architecturally by their composition, materials, proportions and rhythm,” said GHA partner Dav Bansal.

“It also presents a contemporary take on the bold facades of these civic buildings, modelled using elegant, slender reconstituted stone columns that run the full height of the building, before stepping back at the sixth floor to create a roof terrace.”

Its completion marked a significant milestone in making the city centre an attractive destination, he added. 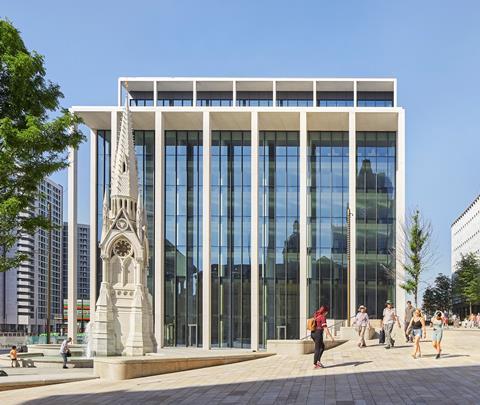 The 17,000sq m building’s reception is accessed from Chamberlain Square and leads to grade A open-plan office spaces arranged around a central core, which can be split into multiple tenancies or have multiple floors connected for a larger tenant. Atkins announced it had taken space on two floors.

The south-west corner houses public lifts and stairs to provide access to the podium parking and cycle hub while reconciling level changes across the masterplan.

The £700m Paradise development, which was masterplanned by Glenn Howells and will include three squares and 10 buildings, controversially involved the demolition of John Madin’s brutalist ziggurat library. 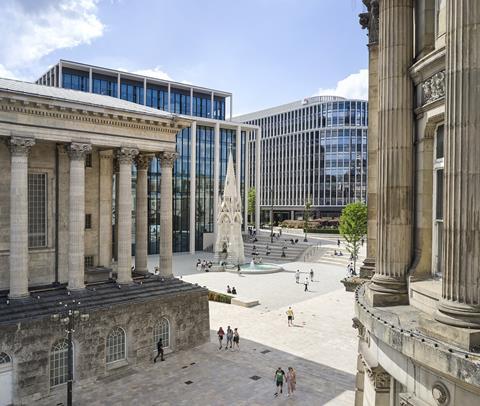 The project to open up the city centre is being led by a private-public joint venture between Birmingham council and MEPC, the development arm of Hermes, which took over from Argent this summer.

The south-western corner of Chamberlain Square will be completed by Feilden Clegg Bradley Studios-designed Three Chamberlain Square. Behind that will rise a 17-storey hotel designed by Glenn Howells and ISA Architecture & Design. They are both part of phase two.