55 Gracechurch Street will sit in shadow of Walkie Talkie

Fletcher Priest’s plans for a 32-storey tower in the Square Mile were approved by City of London planners this morning.

The scheme at 55 Gracechurch Street at the southern end of Bishopsgate is being developed by Hong Kong firm Tenacity. 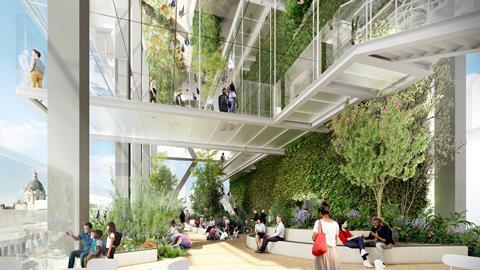 The scheme will include a public garden

The tower will feature 25 floors of office space on top of a six-storey podium with a public garden at the base.

According to documents filed with City of London planners, the scheme is aimed at start-ups and traditional City occupiers and is described as “hybrid, new generation, resilient” workspace.

The existing eight-storey building, built in 1992 and designed by Sheppard Robson, will be torn down. The site is part of the City cluster of tall buildings that includes PLP’s 22 Bishopsgate, finished before Christmas, and Rafael Vinoly’s Walkie Talkie at 20 Fenchurch Street in whose shadow the Fletcher Priest scheme will sit in.

Several neighbouring offices and the government’s heritage watchdog Historic England had objected to the proposals. Historic England said it will damage views of both the Tower of London and Tower Bridge.

London tower builders are now on alert to bid for the job.

Other schemes due before the City’s planning committee in the coming months include KPF’s 33-storey scheme at nearby 70 Gracechurch Street for the same developer and British Land’s plan for a 37-storey tower at 2 Finsbury Avenue drawn up by Danish architect 3XN. 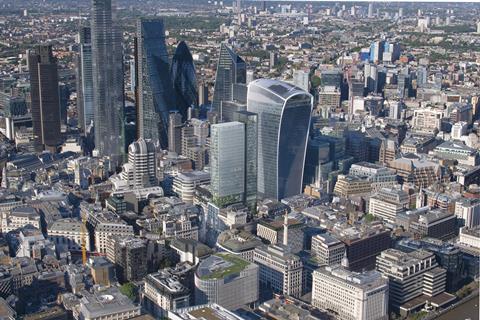 The scheme will sit in the shadow of the Walkie Talkie