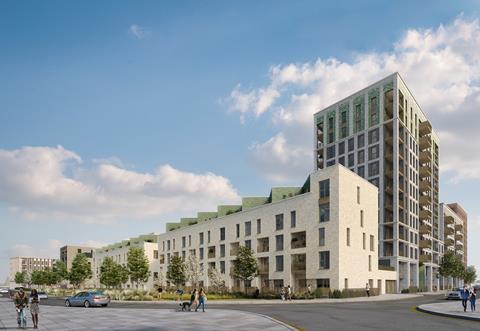 Feilden Clegg Bradley Studios has been given the green light for a housing scheme it has designed for the Royal Albert Wharf regeneration scheme in east London.

The Gallions Quarter 2b scheme, located on the edge of the London docks in Newham, envisages 267 homes, 51% of which will be deemed affordable, with 40% comprising family units.

The homes, along with a residents’ gym, are being developed by housing association Notting Hill Genesis (NHG), Telford Homes and the GLA.

In total around 1,800 new homes will be delivered across the Royal Albert Wharf project. The overall masterplan was drawn up by Maccreanor Lavington. 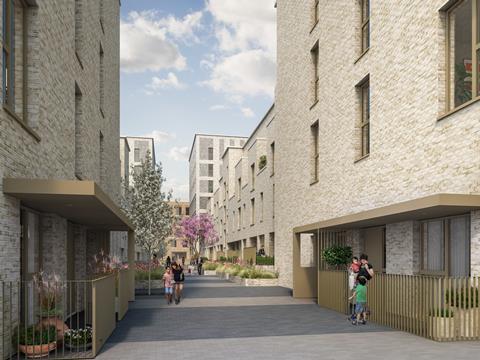 FCBStudios is also working on schemes for Gallions Quarter 3b, along with the second phase of the Great Eastern Quays development.

Stephane Lambert, associate at FCBStudios, said: “It’s an exciting moment for Gallions Quarter as phase 2b is the final phase of Royal Albert Wharf’s regeneration programme. The introduction of a strong, traditional, urban structure of streets and blocks creates the opportunity to establish a new emerging community that stitches into the existing masterplan and placemaking. A mix of size and tenure across the development is arranged around generous open spaces and high-quality public realm, accessible to everyone.” 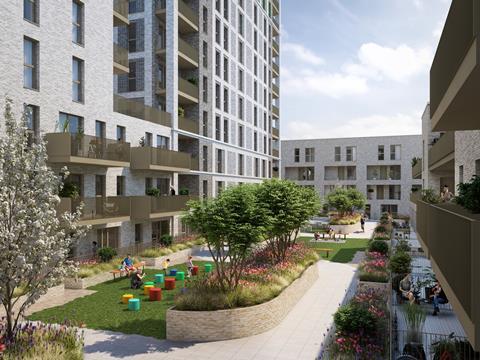 The second phase of the Gallions Quarter scheme which will see 241 new homes across three apartment blocks, was granted planning permission in October 2018.

That phase is being developed by a joint venture between NHG and Vistry Partnerships, formerly known as Galliford Try Partnerships.