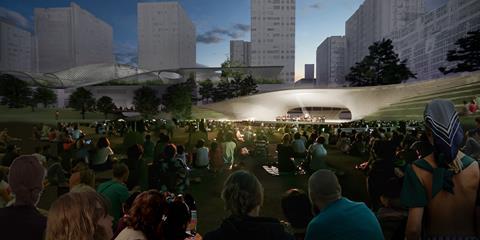 A design team led by the US practice has been chosen to draw up the transformation of Madrid’s AZCA district. The project is designed to foster urban, economic and social revitalisation in the area. 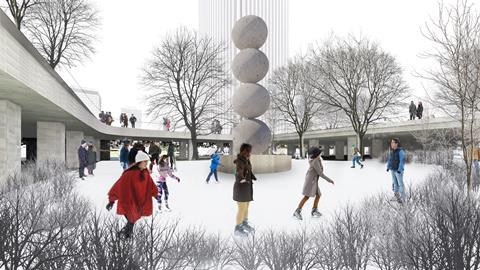 The selected team will be led by Diller Scofidio & Renfro, Gustafson Porter & Bowman, and b720 Fermín Vázquez Arquitectos, in collaboration with consultants for landscape, sustainability, structure, lighting and circulation modeling.

The team was chosen via a two-stage competition that was run by independent advisers and was planned and facilitated by members of the dean´s office of IE School of Architecture and Design through its centre for sustainable cities.

Martha Thorne, dean of IE School of Architecture and Design, who facilitated the competition with Edgar Gonzalez, director of the school’s bachelor in design course, said: “The process has clearly illustrated that when the private sector, city administration and academia come together, each in its own way, for place-making and urban transformation, the result is a huge win for Madrid.” 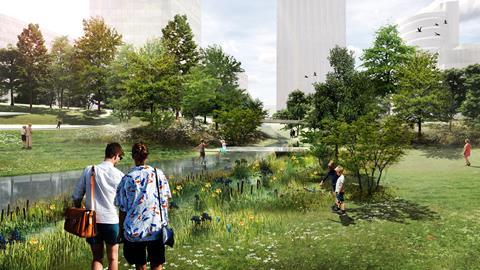 The team’s design vision responds to the site’s complexities as well as the opportunity to provide much-needed public space in the centre of Madrid.

The design will continue to evolve in response to the input of local citizens, businesses, and other community stakeholders.

Pedestrians will be prioritised throughout the newly reconfigured public spaces. At the periphery of the block, vehicular access to underground roadways will be adapted with lushly planted trellis structures to reduce the visual impact of cars.

A new network of pedestrian routes and walkways align with key features within and beyond the site, while maintaining important access for emergency and safety services. 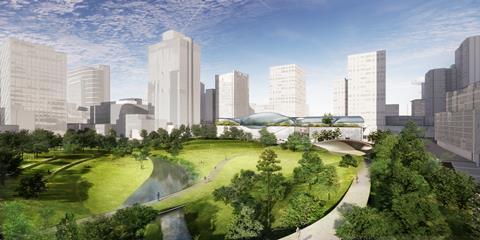 It is the second time in less than a week that Diller Scofidio & Renfro beat Heatherwick to a major job on the European continent.

Last week, the practice triumphed over a starry shortlist to land a €300m redevelopment project in the centre of Milan, its first in Italy. 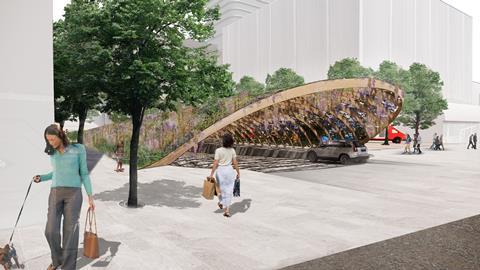 The Pirelli 39 project, for property investors Coima, will see a 26-storey post-war tower retained for offices but significantly altered to bring it up to modern environmental standards. A residential tower and a bridge building, both featuring extensive vegetation, will be added to the site. 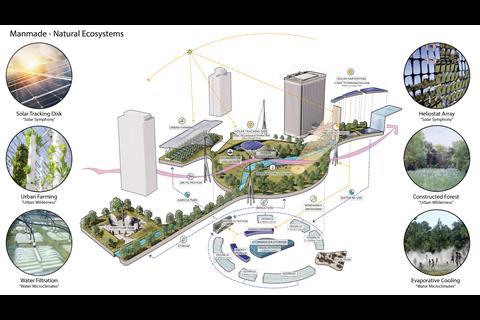 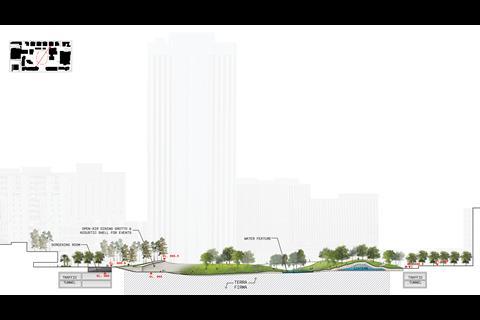 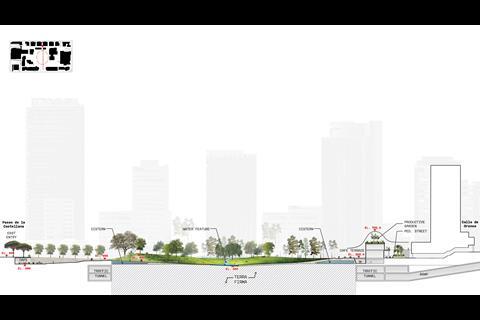 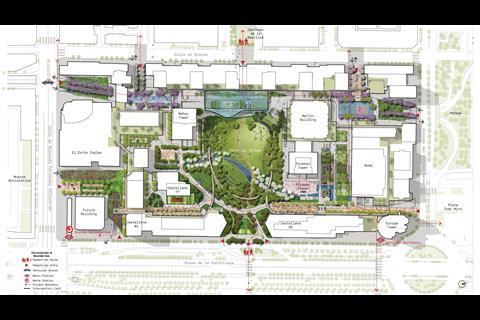